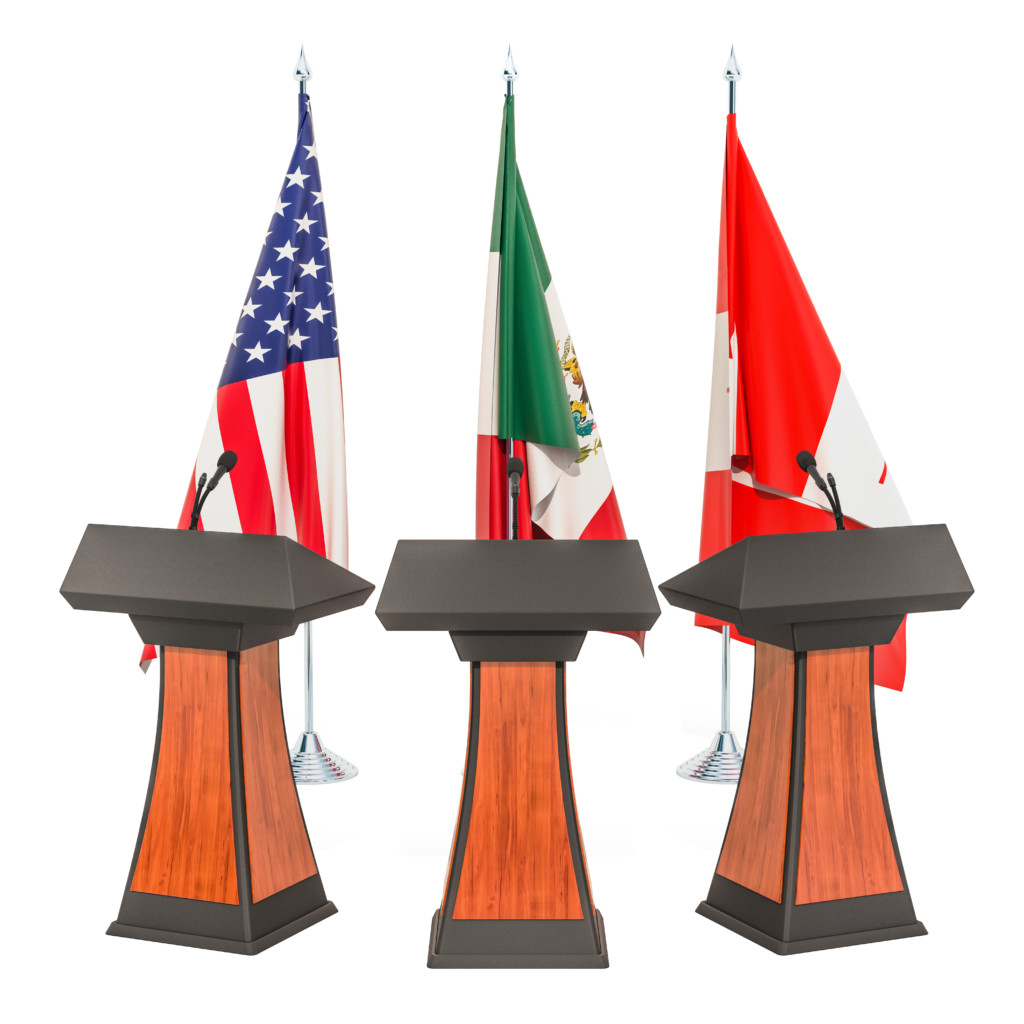 Foss Performance Materials is based in Hampton, but its non-woven needle punch fabrics are shipped to original equipment manufacturers in Mexico and Canada, where they are converted into automotive parts.

The parts, said Bill Cummings, the company’s vice president of research and development, include seats, trunks and “a variety of other parts that go into automotive assembly plants.” The parts are then either shipped back to the United States for assembly or assembled in automotive plants in Canada or Mexico.

Likewise, Lindt Chocolate’s factory in Stratham exports “a large part of their production to Canada,” as well as other export markets, according to Frank Ruddock, acting Canadian consul general in Boston, noting that in 2018, cocoa and chocolate ranked as New Hampshire’s fourth largest export to Canada, at $23 million.

For the more than 400 New Hampshire manufacturers that export to Mexico and Canada (74% of which are small and medium-sized businesses), an updated North American Free Trade Agreement, renamed the United States, Mexico and Canada Agreement (USMCA) by President Trump, would reduce red tape, they say.

“Essentially what it will do is give people who are exporting and importing a single electronic portal to submit their customs documents virtually,” said Ruddock. “You have to remember in 1994 [when NAFTA went into effect], none of this existed, so there are still lots of procedures where people are filling out hard copy paper. Electronic filing systems for documents are much quicker.” 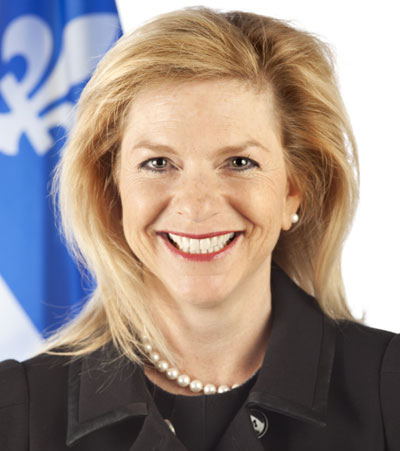 “In 2018, $887.7 million of goods were traded between New Hampshire and Quebec,” said Marie-Claude Francoeur, the Quebec delegate to New England. “Our economies are closely linked and companies on both sides of the border rely on our vast cross-border supply chain network, especially in the field of aerospace and other manufacturing sectors.”

“The USMCA is really a substantial modernization from the original NAFTA,” said Linda Dempsey, vice president of international economic affairs policy at the National Association of Manufacturers. “We’ll definitely be more efficient in our production.”

In New Hampshire, that means production of components and equipment used in the aerospace, transportation, heavy industrial, food and medical device industries, as well as other goods that depend on free-flowing trade in North America.

“We obviously see it in some of the more sophisticated manufactured products out there in the tech space, such as communications technology. You might get some parts from Canada, some parts from Mexico; it might be assembled in the U.S. or assembled in one of the other two countries, and what it does is build the partnership — working together,” said Dempsey. “We hope that will be accelerated more with the USMCA. It means each of our economies is producing more  and higher-quality types of products, and that helps produce better-paying jobs here and helps us be more competitive, not just in North America, but the rest of the world.”

Ironically, the template for the new North American trade deal stems from updated rules that would have been in effect under the much larger, 11-nation Trans-Pacific Partnership trade deal, said Emily Blanchard, associate professor of business administration at the Tuck School of Dartmouth. Blanchard called the TPP, from which the U.S. withdrew shortly after President Trump took office in 2017, “sort of like an expanded NAFTA.” Among its provisions was new language regarding digital services, broadened patent protections and updated environmental standards.

However, the protections have been inserted into the USMCA, said Blanchard. 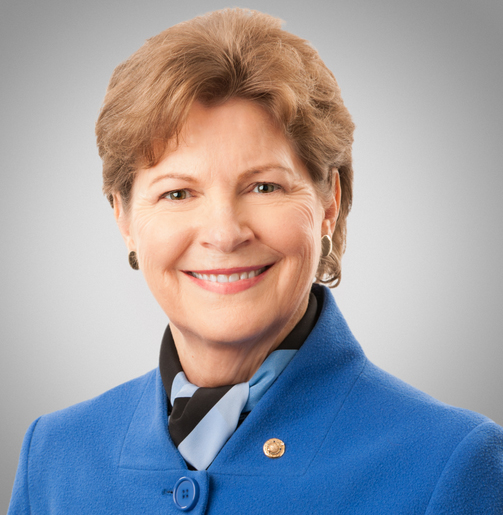 An April report by the U.S. International Trade Commission highlights “new international data transfer provisions, including provisions that largely prohibit forced localization of computing facilities and restrictions on cross border data flows” that is of interest to stakeholders in the services industries and is “a crucial aspect” of the agreement, considering the “lack of similar provisions in NAFTA.”

Mauro Guillen, professor of international management at the Wharton School at the University of Pennsylvania, said the USMCA is “essentially the same kind of deal” as NAFTA, but “there are some significant changes.”

Among the most notable changes is the local content requirement for goods, which has been raised from 62.5% to 75%, “which is a huge increase,” said Guillen.

“If you’re making a car in Mexico, at least 75% of the components in the car must be [made] in North America; they cannot come from Japan,” which forces foreign auto manufacturers to expand their sourcing in North America, primarily benefiting the U.S., or move manufacturing outside of the continent, said Guillen. He noted NAFTA put pressure on companies like Toyota, Kia, Hyundai and Mercedes to set up factories in the U.S. and Mexico.

The automotive industry is also affected by a new provision that requires 50% of cars made in Mexico to be produced by workers that earn at least $16 an hour.

Export-Import Bank funding deadline approaches
While national business groups are focused on congressional ratification of the USMCA agreement, they are also encouraging Congress to move forward on the reauthorization of the Export-Import Bank before its charter expires on Sept. 30.
Ex-Im has only been fully operational since May, after the Senate confirmed three nominees to the bank’s board, providing a board quorum that enables the bank to authorize transactions greater than $10 million, following a more-than-three-year hiatus.
“When Ex-Im was last fully functional in 2014, it supported over a 100,000 manufacturing jobs,” said Linda Dempsey, NAM’s vice president of international economic affairs policy. “There are a huge number of industries — from aerospace to satellites, to heavy capital equipment, to nuclear energy and medical devices — where we would just be losing out on lots of opportunity overseas.”
The biggest losers would be small and medium-sized businesses, which make up 90% of NAM’s membership, said Dempsey.
“Small businesses use Ex-Im so they have the capital to export or work with bigger companies within their supply change. It would just be devastating for many businesses and workers if Ex-Im were not reauthorized,” she said.

“The problem has been in the auto sector, for example, an American worker would make as much as $30 or $40 an hour, but in Mexico, the same job could be done for $5 or $7,” said Guillen. “If now half of the car has to be made by workers making $16 an hour, that is going to change the economics and decision-making of companies.”

A U.S. International Trade Commission report estimates this rules-of-origin requirement would “increase U.S. production of automotive parts and employment in the sector, but also lead to a small increase in the prices and small decrease in the consumption of vehicles in the United States.”

Cummings of Foss Performance Materials said he has already seen a bit of softening in the market, ahead of the agreement’s ratification.

“We saw significant growth from probably 2010 through 2018. The automotive industry as a whole isn’t making quite as many cars in 2019 as they did in 2018, but I think it has more to do with the number of cars the industry has decided to build,” he said.

Further measures in the USMCA aim to enforce NAFTA rules regarding labor and environmental protections that were originally left to each country to enforce, “and there was no real enforcement to that degree,” said NAM’s Dempsey, specifically referring to Mexico.

In June, the Mexican Senate ratified the USMCA — the only one of the three nations to do so at this point — while Canada’s Parliament moves forward with the ratification process and Congress has started to debate on the agreement.

“The labor law legislation deals with issues of unionization and collective bargaining in really concrete, detailed ways that are a huge step forward for Mexico in terms of its treatment of workers and respect for stronger labor standards,” said Dempsey. “That is something many have called for since the original NAFTA was negotiated and that was viewed positively by nearly everyone who views the agreement as a huge step forward.”

Guillen, however, questions whether the USMCA will truly change the trade balance in regard to the American automotive sector. 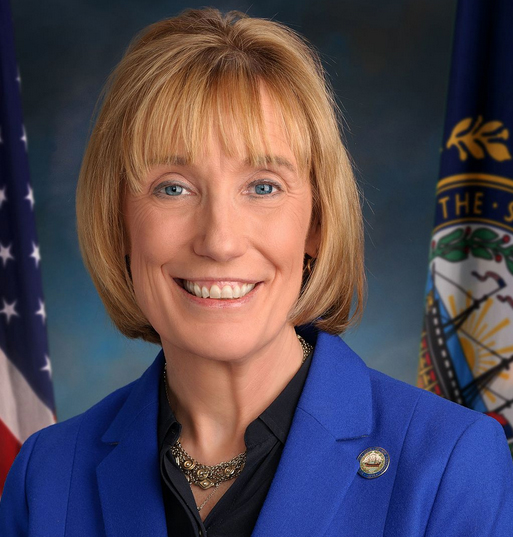 “As we continue our work in Congress to evaluate the United States–Mexico–Canada Agreement, I want to ensure that it will have strong enforcement provisions and that it will help New Hampshire’s innovative businesses compete across the country and in the global economy,” said Sen. Maggie Hassan (D-NH).

“The more pressure people put on Mexico on a number of fronts — on trade or the migration issue — the more the Mexican currency depreciates,” Guillen noted. “Just in the last two years, the Mexican currency has lost about 5% of its value. When that happens, that makes anything made in Mexico more attractive to U.S. consumers. So on one hand, the administration negotiated a better deal and wages in Mexico will probably go up, and companies have fewer incentives to locate in Mexico than in the U.S.

But, he added, as the peso depreciates, that “creates more incentives for American companies to create companies [open locations] in Mexico.”

A world of uncertainty

The National Association of Manufacturers and many other business organizations — including the U.S. Chamber of Commerce — have been urging Congress to move forward as soon as possible on the new agreement to provide certainty for businesses.

“Rebuilding that certainty is critical for manufacturers to continue to grow, to continue to hire and to continue to be successful, both at home and in the global marketplace,” said Dempsey. “The negotiations took a little bit of time, so over the last 2 1/2 years there’s been some uncertainty in the North American market, and these two countries are our biggest purchasers.” Canada and Mexico purchase more from the U.S. and New Hampshire than the nine other top purchasing countries combined, she said.

“If NAFTA had been repealed without replacement, it would have been incredibly disruptive for firms throughout America and especially New Hampshire manufacturing firms,” said Dartmouth’s Blanchard. “The new deal is an elimination of uncertainty, but that uncertainty was not there until a couple of years ago.”

Foss Performance Materials braced for “things to be chaotic” with the president’s threats of quick tariffs, but Cummings said he never saw a change in the demand for material. “Some of the rhetoric that has been going back and forth really hasn’t had an effect, which surprised us.”

“The BIA is on board supporting the USMCA,” says Jim Roche, president of the NH BIA, which signed two partnership letters with the U.S. Chamber of Commerce and National Association of Manufacturers urging ratification.

Yet, Advanced Metal Roofing in Brentwood, which buys American steel, was indirectly affected by tariffs imposed on Canada and other countries in 2018.

The company’s suppliers suddenly received notice that the amount of steel would be cut back by 20% and would be more expensive — in addition to shipping delays.

Typically, Advanced Metal Roofing would give residential customers estimates that were good for a year, or at least six months. “With the tariffs, we could only give a 30-day estimate,” said President Wayne Wilusz. It forced the company to buy material ahead of time and store it to save on rising costs that it had to pass on to customers. Still, Wilusz saw seven months of a steady price increase ranging from 4% to 7%.

“It did put us on edge. A metal roof is more expensive than an asphalt roof, so we were afraid we were going to lose business because of pricing,” said Wilusz, who hasn’t experienced a price increase in about a year.

“We probably lost about 8% of our business since the tariffs,” he said. “It doesn’t matter to us where the tariff is coming from, you wouldn’t think U.S. steel would be affected, but it’s all related.”