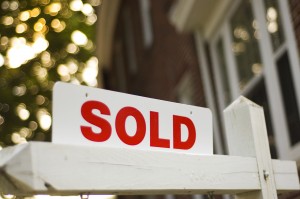 People are continuing to buy more New Hampshire homes for more money amid the pandemic and shrinking inventory, according to statistics released by the New Hampshire Association of Realtors.

In October, the number of closings rose 21% from a year ago and median sale price jumped 17.5%, to $350,000, from compared to last year, when the price was just under $300,000. In other words, the median homeowner gained $50,000 in equity in the last year, not a bad little nest egg in a year where unemployment had climbed to record highs.

The median sales price has been the same the last three months, but in 2019 things started cooling off in the fall, whereas this year both price and volume have remained steadily higher

However, year-to-year sales volume has gone up a staggering 45.4% to $861.2 million. Last year was a good year for the real estate industry. This year is so far proving to be a great one. And it looks like it will finish strong as well. Pending sales are also up by nearly 30%.

If this trend continues, Realtors will soon run out of homes to sell.

What’s changing month to month is the number of homes on the market.

There were only 2,164 single-family homes for sale in October, a number that has been shrinking all year and is now 58.5% of what it was last year. That translates to 1.4 months worth of inventory compared to October 2019, when there were 3.5 months. That’s a 60% decline.

With such low inventory, if no homes were to come onto the market, there would be no homes for sale by Christmas. Homes are coming onto the market, of course, but in October that number dropped some 12.7%, dipping below 2,000 for the first time since April.

This means that the houses that do go on the market are snapped up quickly (41 days compared to 52 last year) and for 100.6% above the asking price.

It also means that homes are scarcer and harder to afford for buyers. Affordable housing was a problem last year. In October, the affordability index fell by 8.9%.

Every county had double digit-price increases, but they were particularly high in more rural areas, in keeping with the trend of people fleeing cities during the pandemic, along with the increased adoption of the work-from-home lifestyle. The median price of homes in Carroll County rose more than 37% in October, to $329,000 in October. In Coos County, the last bastion of cheaper housing, the median price rose 27.6%, to nearly $150,000. They also increased in the priciest county, Rockingham, by 16.9%, to $450,000.