What happens after the billions in federal Covid assistance are gone? 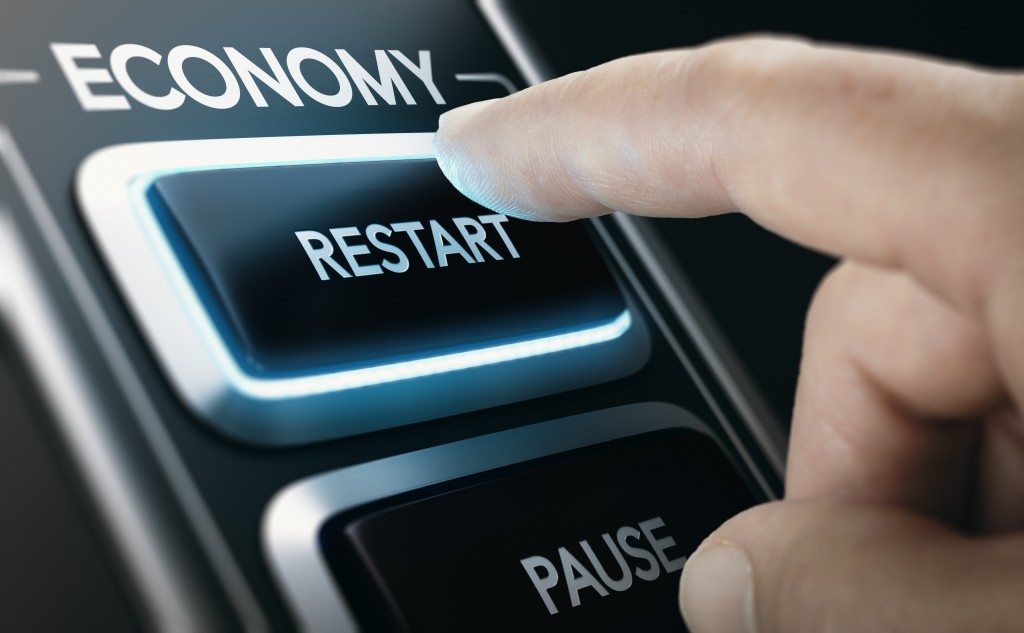 What if the economy closed and was almost immediately flooded with money?

What if the unemployment rate rivaled that of the Great Depression, but consumers could spare more than a dime as many had almost as much cash as before?

And what if, just as we were prepared to reopen, a lot of that money went away?

Well, we’re finding out, and we’re about to find out even more as we watch economic history unfold.

One minute New Hampshire’s economy was flowing and the next, after Gov. Chris Sununu issued emergency orders essentially shutting down entire industries, “it was like turning a faucet off,” said Larry Haynes, CEO of Bow-based Grappone Automotive Group.

Economists still don’t know what to make of it.

After the Covid-19 pandemic hit, “things have changed more rapidly than I’ve ever seen in my 50 years,” said Russ Thibeault, president of Applied Economic Research in Laconia.

In the first week after New Hampshire’s stay-at-home order took effect, more than 20,000 new unemployment claims were filed — 40 times the normal rate — and the number of claims kept going up to nearly twice that number at its peak. At deadline, the state was down to 6,000 new claims, still more than 10 times the normal rate. But that’s considered good news.

Since the shutdown, the state’s unemployment rate jumped from 2.4% in March to 16.3% in April. By another metric, 111,000 jobs have been lost since last year.

May’s rate hadn’t been released by deadline, but there is hope that, like the nation’s, it will go down. There has been some decline in continuing claims — a more reliable statistic now that the initial rush is over and some people are returning to work.

At the end of May, continuing claims settled at slightly over 100,000, indicating an unemployment rate of about 10.7%, though the official rate will probably be higher.

The deputy commissioner of Employment Security put a positive spin on the drop, telling the Governor’s Economic Re-Opening Task Force that the numbers show 90% of the state is working.

And, thanks to that $600 extra benefit, individuals on unemployment collected, on average, nearly what they had been getting in wages.

Throw in some smaller federal grants and it all adds up to $5 billion.

That’s big money for our small state, roughly equivalent to a quarter of the quarterly gross state product.

Unless Congress acts, it could all end. Enhanced unemployment benefits stop July 31. Most of the PPP money has already been spent. State taxes are due June 15, federal taxes a month later and estimated federal tax payments are for the first six months.

“If you pull the plug, that could change things. It would be very severe,” said Thibeault.

And all this just when the economy reopens.

Of course, some parts of the economy never closed.
All manufacturing was considered essential in New Hampshire, but some factories closed or slowed down production because of supply chain interruptions or diminished demand. All told, the state lost 6,400 manufacturing jobs in April compared to last year, or about a tenth of the previous workforce.

Exports are up by 5% year to date, while nationwide they are down by nearly 10%, mostly due to a 20% April plummet.

But not all exporters thrived.

Boyle Energy Services & Technology Inc. in Merrimack doesn’t just ship but must travel to install its equipment to all parts of the world. It was operating at a quarter of last year. The company has been able to maintain its workforce because of PPP, “but there have been massive scheduling delays,” said CEO Michael Boyle. “Our money is in putting manpower around the world in 28 countries. We can’t get to Saudi Arabia, Brazil. Flights are three times as expensive. We are at the mercy of a global pandemic.”

Others suffered a decline in domestic demand, like Wire Belt Company in America, a Londonderry firm that makes conveyers for Tyson and other food suppliers. At first, the restaurant shutdown was offset by increased grocery store demand, the company said, but then the virus struck meatpacking plants themselves, cutting revenue by 35%.

Others, however, are growing.

Vapotherm, which makes respiratory devices, is expanding its Exeter facility, enabling it to hire another 350 workers.

Graphicast, in Jaffrey, also produces medical equipment, including for a customer that manufactures machines used to analyze Covid-19 tests. But other customers put things off, so “right now we are pretty much juggling demand with capacity,” said President Val Zanchuk. But the company is mainly sticking to its current workforce because “we don’t know how or when this is going to end,” he said.

Other manufacturers have added hours rather than employees. The average manufacturing work week in New Hampshire was 41.9 hours, the only New England state with a 40-plus work week.

The essential construction industry also has mainly been working though the shutdown. The industry lost 1,400 jobs, a 5% percent decline, though construction contracts are down, which doesn’t bode well for the future.

Commercial contractors are mainly working on their backlog, though some sectors, like schools, have stepped up projects, taking advantage of empty campuses. But “a lot of projects are taking a pause,” said Bill Stevens, president of Harvey Construction in Bedford. “It is the planning side that’s hit the most. There is going to be a slowdown in the future.”

There is certainly a demand for residential construction, but land, labor and materials can be hard to come by.

“I’m literally scrounging for land,” said De Desharnais, owner of Spruce Building and Development in Candia. “It’s this weird mix. It is good, but not as good as it would have happened if this bulls–t hadn’t happened.”

A building slowdown is the last thing the timber industry needed, since it was already dealing with a collapse in demand for low-grade wood following Governor Sununu’s veto of a bill that would have guaranteed higher-than-market electric rates for biomass-generated electricity. To add insult to injury, the boiler of a major paper mill in Maine blew up.

And while the easing trade war should have improved exports, the virus disrupted global markets. Now, construction has slowed due to the virus
“It was just a series of body blows,” said Jasen Stock, executive director of the New Hampshire Timberland Owners Association. “It’s been pretty ugly out there. The virus took a bad situation and made it worse.”

The demand for housing is still there, but the houses are not.

The median home price statewide in May rose 6.6% to nearly $320,000, but sales are down by a quarter compared to last May. The number of homes for sale was down by a whopping 40%, and they are being snapped up, on average, in 51 days.

That makes a vastly different kind of recession than in 2008, when homes lingered on the market for more than three times that amount. Then, there were too few buyers, now here are too few sellers.

Buyers are putting cash down on homes they haven’t even seen, content with a virtual tour, reports Rachel Eames, of Concord-based Eames Realty Services.

“It’s a great time to sell,” she said. “We are still getting multiple offers. We just need the inventory.”
Commercial real estate, on the other hand, has “hit the pause button, and that pause was pretty dramatic,” said Christopher Norwood of Bedford-based NAI Norwood Group.

Closed deals are off 25% to 40%, and much of that business is in renewed leases. Businesses put everything on hold as uncertainty ruled the day and financing was difficult because the banks shifted resources to deal with Paycheck Protection Program demand.

The state’s retail sector lost nearly 20,000 jobs, about a fifth of its workforce, compared to last April. Not all retail had to be shut down, of course. Grocery stores were swamped, and even two months into the crisis, doing a quarter more business then previously, estimated John Dumais, CEO of the New Hampshire Grocers Association, but that doesn’t mean the stores are doing that great financially.

The extra cleaning, restocking, longer lines spaced out by social distancing, extra shifts for elderly customers — “these things are costly, and our margins are already very thin.”

Not only were auto sales down, but with less driving, there was less repair work. Still, by mid-April, “it picked up more than anticipated,” said Haynes of Grappone. “I’m not trying to say we are normal, but we are 75 to 85% of normal.”

“Nonessential retail” businesses could only be open to curbside customers until May 11, when they could open at 50% occupancy. Bike shops, pool dealers and gun stores did well, but more than half the workers at clothing stores were filing unemployment claims. That fell to a quarter after reopening began.

Still, customers are hesitant, said Nancy Kyle, CEO of the New Hampshire Retail Association. “I think it is going to be a long process to get back to where we were,” she said. “Stores cannot make a profit at 50% capacity.”

The hospitality sector was hit hardest, down more than 45,000 jobs — 60% of the workforce the previous May. With federal PPP assistances, most muddled though with takeout and curbside pickup, and then, on May 18, outdoor dining, and on June 15, indoor seating, though at 50% occupancy in Hillsborough, Rockingham, Merrimack and Strafford counties. But at least two dozen restaurant owners have told Mike Somers, CEO of the New Hampshire Lodging and Restaurant Association, that they were calling it quits.

“When they were forced to close and had to lose all their inventory, they had bills that just wouldn’t go away,” he said.

But outdoor dining was a salvation for those that could do it.

“The weather cooperated, which was huge,” said Priscilla Lane-Rondeau, owner of 900 Degrees Neapolitan Pizzeria in Manchester, who opened up 12 tables on her porch and parking lot in Manchester.

“It was better than expected,” said Tom Boucher, CEO of Bedford-based Great NH Restaurants. “Between 50% inside and our expanded outside, we will almost be back to normal if the weather continues to hold.”

Lodging facilities were hit even harder than restaurants, because they couldn’t house anyone except for essential workers until June 5, and larger hotels with indoor room access were restricted to 50% capacity.

Some haven’t reopened yet. Steve Duprey, owner of five hotels in Concord, wasn’t opening all of them until he sees a bit stronger demand.

“It will take a while for people to be comfortable to make travel plans and start travel,” he said.

It remains to be seen how the rest of the economy — including gyms, outdoor attractions and movie theaters — has done as they began reopening in June.

And what about businesses that depend on office workers, which are still — according to universal guidelines — still supposed to work at home when possible, as well as the businesses that serve them?

One such company, Consolidated Services Group, an Exeter firm that sells office supplies and services, lost about 80% of its revenue during the shutdown, but the company hardly skipped a beat. They are now offering a coffee maker remotely controlled by a phone app, a janitorial sanitation program with electric sprayers, and rerouted the toilet paper it normally sold for office bathrooms to retail.

“We are slowly but surely recovering,” said the firm’s Thomas Berman. Rather than “see a problem in every opportunity,” he said, “you need to see an opportunity in every problem.”