Suit seeks ‘to hold them accountable for contributing’ to addiction crisis 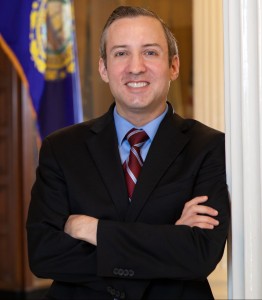 The state of New Hampshire is suing the nation’s largest pharmacy chains — including CVS, Rite Aid and Walgreens — alleging the companies failed to stop “a flood of prescription opioids” that fueled the addiction epidemic of the past decade.

“By bringing this lawsuit we are attempting to hold them accountable for contributing to a crisis they helped create and that tragically led to the loss of life for thousands of people throughout New Hampshire,” Attorney General John Formella said in a press release.

New Hampshire’s suit is the latest in a handful of claims filed by state and local governments targeting pharmacies for their role in the opioid addiction crisis.

An Ohio jury found CVS Walgreens and Walmart responsible last fall for the over-distribution of prescription opioids in two of that state’s counties. It was the first time pharmacies had been held liable for contributing to the opioid crisis.

A judge has yet to decide damages in the Ohio case, which is seen as a landmark and has triggered action against chain pharmacies around the country.

New Hampshire is set to receive about $115 million over 18 years under a national settlement reached earlier this year with McKesson, Cardinal Health and Amerisource Bergen. New Hampshire has also sued Johnson & Johnson. That case is set to go to trial in September.

According to the Associated Press, drug makers, distributors and pharmacies have so far agreed to opioid settlements totaling over $40 billion nationally.

“These companies have been generating large profits off the people of New Hampshire. They must now help abate the harm they inflicted on our citizens,” Sununu said.