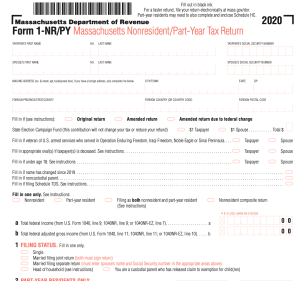 New Hampshire lawmakers are moving ahead with a proposal that would prohibit residents who work out of state from being taxed by another state if they end up working from home or remotely. House Bill 1097, which was recently approved by the House Ways and Means Committee, comes in response to a policy enacted by Massachusetts during the pandemic that required out-of-state residents working remotely to continue paying its state income tax. New Hampshire does not have an income tax.

In 2020, Massachusetts enacted a pandemic-related rule that required out-of-state residents who were working remotely to pay the state’s 5 percent personal income tax even if they weren’t physically coming to their jobs in the state.

But the high court rejected the complaint, refusing to grant permission for New Hampshire to sue Massachusetts in court.

An initial version of the bill declared that the “state has the power to tax value earned outside of its borders” but the House Ways and Means committee amended the proposal to soften that language before recommending this formal approval.

The proposal must still be approved by the full House and Senate before landing on Sununu’s desk for consideration.

An estimated 100,000 New Hampshire residents cross the state line into Massachusetts for work – roughly 15 percent of all commuters, according to the lawsuit.

Massachusetts argued in legal briefs that the tax policy “passes legal muster” and urged the high court to toss out New Hampshire’s complaint.

Even some New Hampshire lawmakers questioned the need for the protections, pointing out that Massachusetts has since ended its state of emergency and along with it the policy of taxing out-of-state employees who are still working remotely.

But supporters of the measure argue that the safeguards are still needed to ensure that New Hampshire workers aren’t hit with “unfair taxes” from their neighbors again.

“There is nothing to stop Massachusetts or any other state from doing something like this in the future,” the bill’s co-sponsor, state Rep. John Janigian, R-Salem, N.H., said in recent testimony. “It’s still necessary for us to pass this and protect New Hampshire citizens.”