Housing is area of agreement, but Covid liability limit may face hurdle in Senate 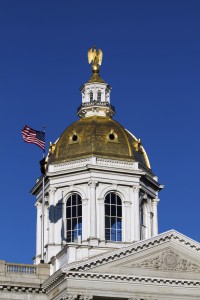 A proposed safe harbor for businesses from lawsuits related to Covid-19 might make it though the New Hampshire House but will have a tough time in the Senate. But right-to-work legislation has a good shot at passage this year, despite Democratic opposition. And leaders of both the Republican and Democratic parties agree the state needs more affordable housing.

Those are three of the issues that legislative leaders addressed as the Business and Industry Association of New Hampshire put them on the spot Monday afternoon during a webinar moderated by the organization’s president, Jim Roche.

The hour-long forum contrasted priorities and positions, but also showed common ground that lawmakers will address over the coming months.

For House Speaker Sherman Packard, R-Londonderry, the priorities are the budget and reducing business taxes, so businesses can “bring in more people, more equipment and renovate the old equipment.”

He later specified that he meant the business profits tax, business enterprise tax and rooms and meals tax rates, though he added: “I don’t think anyone things we are going to be foolish about it.”

“Recovery has to be first,” she said, mentioning such issues as childcare and improving infrastructure, particularly for broadband to better enable remote teaching and telehealth.

Senate Majority Leader Jeb Bradley would like to do both. He supports a “budget that supports the business community,” but also deals with priorities like meant health and broadband deployment.

Roche may have not gotten the answer he sought to his first question on a specific issue: Covid-related liability protection, one of the organization’s top priorities for the coming session.

Packard said he was likely to support it: “We are in the middle of a pandemic for God’s sake. Stop frivolous lawsuits.”

But Bradley said, “We don’t have punitive damages in New Hampshire. I’m skeptical that we really need it. We could have a discussion.”

Soucy, backed by Cushing, said there was no evidence of any lawsuits filed in New Hampshire, “so I don’t see that as a necessity.” She said the Senate should not concentrate on “legislation for a handful of people when there are bigger issues we need to be focused on.”

One of those issues is education funding. Both Republicans said they would oppose raising money though taxes, including alternating the state wide property tax in a significant way.

“We are not going to pass any new taxes,” Packard said flatly. “If we can get the economy going, we can put some money into it.”

Cushing, however, said that state was “downshifting responsibility, taking away revenues from local communities” and said pointedly, “property tax increases affect businesses too.”

The BIA also pushed lawmakers on right-to-work legislation, through which workers protected by union contracts can avoid paying dues, despite what is negotiated in those contracts. Republicans have been unable to pass such legislation in the pass, even when they had the majority. Democrats were still strongly opposed.

“I think it is a veiled effort to break unions,” said Cushing. “I think it is shortsighted of BIA suggesting that government interfere with a private contract.”

But Packard said that “no one should be forced to join something against their will” and Bradley predicted that the Senate will pass right-to-work and the fact that the New Hampshire would be the only state in New England to do so, would mean “we would be an island of progress.”

Both sides agreed with BIA’s priority of encouraging construction of workforce housing.

“We can’t attract people to live in New Hampshire unless we provide affordable housing,” Bradley said. Citing a possible surplus in fiscal 2021, he added, “hopefully we have the ability to do it this year. There are plenty of areas we disagree on. The need for housing is one we can agree on.”