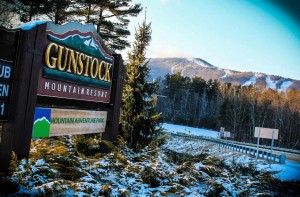 “Welcome to the craziness of Belknap County,” began Rep. Tim Lang, R-Sanbornton, before urging the NH House Municipal County Government Committee to reject a bill that would vest authority over the budget of Gunstock Mountain Resort — and with it effective management of it – with the Belknap County Convention.

Lang was the last of eight who spoke against House Bill 1078, which was supported by two its four sponsors — Reps. Norm Silber , R-Gilford, and Ray Howard, R-Alton, during a hearing that ran nearly three hours.

Owned by the county, Gunstock is a financially independent and self-sustaining enterprise, best known as a ski area while offering a variety of recreational activities during the rest of the year. It is managed by the Gunstock Area Commission, a five-member board appointed by the county convention – whose members are the elected state representatives in Belknap County – in accordance with the enabling statute enacted by the Legislature in 1959.

The Gunstock commission manages and operates the resort, but “shall have no power to commit the county of Belknap to any obligation or liability whatsoever.” Likewise, to borrow, the GAC requires the vote of four of its five members as well as a two-thirds majorities of both the county convention and county commission.

But, HB 1078 would treat Gunstock like any other county department and give the convention authority to reduce or revise the budget recommended by the Gunstock commission. Above all, to transfer funds from one line to another within the Gunstock budget to address unforeseen circumstances would require the approval of the convention.

Silber offered examples of what he called the “outrageous problems with the finances of Gunstock.” He said that after ending 2021 with $6 million in cash assets, Gunstock paid bonuses to “top management,” including CEO Tom Day, who “even without his cash bonus makes more than Governor Sununu.” He also questioned a capital lease of $402,300, which he said was a way to borrow without seeking approval from the convention.

In reply, Rusty McLear, a member of the Gunstock commission, reminded the committee of the straitened plight of the Belknap County Nursing Home, adding that the convention “doesn’t know how to run a nursing home and is not running it well.” As for Gunstock, he said simply, “let the people who know what to do what they should do.”

Gary Kiedaisch, acting chair of the commission, told the committee that more than 3,000 people have expressed their opposition to the bill. “It’s the public speaking,” he said. Kiedaisch has spent decades in the recreation and hospitality business and served as CEO of a half-dozen companies, including Stowe Mountain Resort in Vermont.

The enabling statute for Gunstock, he explained, was intended “to get politics out of Gunstock.” He warned “if you control the budget, you control the business” and insisted that as a business “the resort must not be run as a government department.”

“Eighteen delegates don’t know how to run a ski area,” Gunstock’s Day said flatly. He explained that there are 16 weeks to make money in the ski business, and “no matter what you plan, something always goes wrong.”

When a lift broke down, Day recalled, employees drove to Littleton, stayed through the night while the part was fabricated and had the lift operating the next day. “It’s a time-sensitive business,” he continued, “and we can’t have 18 people who don’t understand the business trying to run it.”

“Gunstock operates strictly on cash flow,” said its chief financial officer, Catherine White, “and it’s not a static operation.” She explained that the majority of expenses are flexible and are managed to capture revenues on a daily basis. “Every decision is based on cash flow,” she said. Management, White noted, provides monthly financial statements for both the GAC and the Convention.

Brian Gallagher, who recently resigned from the commission, told the committee, “This bill is a waste of your time.” Instead he urged the committee “to vote the bill inexpedient to legislate as soon as you can and instead consider legislation to sever the management and operation of Gunstock from the convention. “Let’s get the politics out of this once and for all,” he said.

Rep. Tom Dolan, R-Londonderry, who chairs the committee, indicated it would likely vote on the bill the week of Feb. 7.

Several hours after the hearing in Concord, the Belknap County Convention met in Laconia to interview the three candidates vying to fill the seat on the Gunstock left vacant by Gallagher’s resignation.

Rep. Mike Sylvia, R-Belmont, said he expects the convention to select the new commissioner when it meets the last week of February.