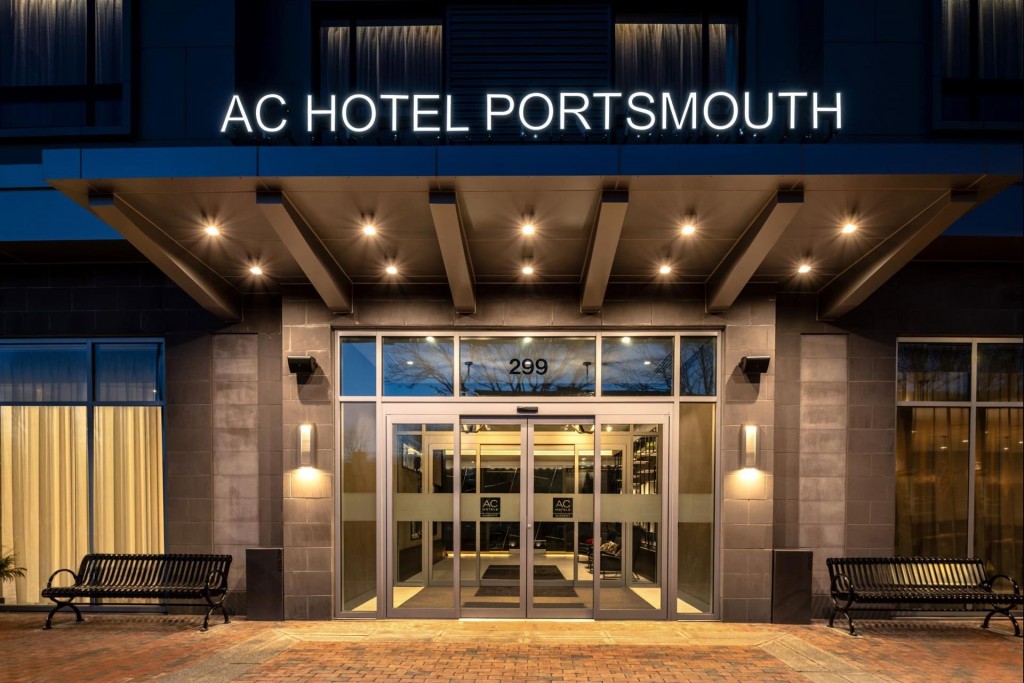 AC Hotel in Portsmouth is one of the properties involved in Schleicher & Stebbins’ suit over its insurance coverage during the pandemic.

A New Hampshire-based hotel group won a major legal battle Monday in its attempt to get insurance companies to pay millions for its loss of business during the pandemic.

It was one of the handful of favorable decisions among thousands of Covid-related lawsuits filed throughout the country. The amount to be awarded is yet to be determined.

The New Hampshire hotels involved the Residence Inn, Hampton Inn and AC Hotel Portsmouth, all in Portsmouth, and the Hilton Garden Inn in Lebanon.

All of the hotels involved are in New Hampshire, Massachusetts and New Jersey. They were developed by Hooksett-based XSS Hotels and managed by S&S, a Seacoast company founded more than 25 years ago by Mark Stebbins, who is also chair and CEO of Hooksett-based Procon Construction, one of the state’s biggest construction companies.

The hotels have been paying roughly $1 million for high-end policies, which includes business interruption coverage that provides up to $150 million for damages. The hotels claim that lost more than half that amount as of November 2020.

But the eight insurers, including underwriters at Lloyd’s of London, claim that they didn’t have to pay because when state governments shut the hotels down, the actions didn’t cause “direct physical loss of or damage to” the property and because of a so-called “microorganism exclusion,” which they say means a policy does “not insure any loss, damage, claim, cost, expense or other sum directly or indirectly arising out of or relating to mold, mildew, fungus, spores or other microorganism of any type.”

Superior Court Judge John C Kissinger Jr. did let AXIS Surplus Insurance Company – which covers only a few million dollars of the overlapping coverage – off the hook because they specifically used the word “virus,” in their policy, though the decision had more to do with environmental law.

Otherwise, Kissinger sided with the plaintiffs who argued that damage should be construed in a broad manner. He even cited the “cat pee case,” as categorized by Marshall Gilinsky, a New York lawyer who is a lead attorney in the S&S suit.

In that case, the owners of a condo in Epping claimed that the odor from urine in another unit made theirs uninhabitable, a view the New Hampshire Supreme Court agreed with in Mellin v. Northern Security Insurance Co. in 2015.

“That SARS-CoV-2 may, like cat urine, be removed from surfaces through cleaning and disinfection, and that certain guests might decide to stay at the Plaintiffs’ Hotels despite the risks involved, does not prevent a conclusion that the properties have been changed in a ‘distinct and demonstrable’ fashion,” wrote Kissinger.

Such are the arguments being played out in lawsuits throughout the country, says Gilinsky, who is involved in many of the suits. Gilinsky said that many have been tossed out at the federal level while many at the state level have been in plaintiffs’ favor.

This is one of the few cases in which the plaintiff has won the legal argument in a summary judgement. What is left, he said is the “quantification of business interruption,” he said.

The insurers have argued that the “order of civil authority” – the government shutdown of hotels to all but essential personnel, and the government restrictions and discouragement of travel, did not create a lot of financial losses, “but I don’t know if they will seriously try to argue that.”

A final decision on the matter, however, is a long way off. A court date – if the case does go to trial – hasn’t been set yet. And any award is likely to be appealed.