New Hampshire hospitals get ready as flu and Covid converge

Officials point to lessons learned in pandemic as winter arrives 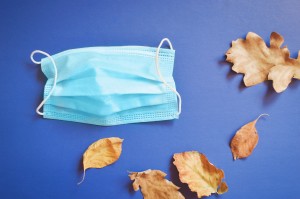 Healthcare officials in New Hampshire are expecting a resurgence of Covid-19 moving into flu season. In response, some hospitals will be testing for a range of respiratory viruses in patients who are presenting symptoms, meaning an individual could be tested for influenza, Covid-19 and other respiratory viruses simultaneously.

At Catholic Medical Center in Manchester, officials are setting up a protocol to immediately test people for all of these viruses. Dr. Joseph Pepe, president and CEO of the hospital, said will basically be one test that looks for all of them. He believes a lot of people are going to want to get tested because they will want to distinguish themselves between the flu and Covid-19.

“This is one of the most important years in our lifetime for people to get vaccinated with the flu because if the flu is bad this year in the midst of Covid, or even another Covid surge, then the hospitals will fill up and this could make March, April and May look like it was nothing at all,” Pepe said.

While Officials at CMC are expecting a Covid-19 resurgence, Pepe said, “we are hoping that it doesn’t occur but we are expecting it to occur, and unfortunately, it may overlap with the flu season.”

Similar testing for a range of respiratory illnesses will also be conducted at Dartmouth-Hitchcock Medical Center, where Dr. Michael Calderwood, associate chief quality officer at DHMC, explained that with the same swab, healthcare professionals can run testing for all of the viruses.

Patients at Portsmouth Regional Hospital will also be tested simultaneously for influenza and Covid as officials there anticipate a potential surge in both this fall.

Dr. David Itkin, an infectious disease specialist at the hospital, said the double surge could come because of colder weather with more people indoors. The impact of schools and universities is another factor.

“Nobody has a crystal ball,” Itkin said. “I can’t say, but I think that it’s going to be realistic to look at perhaps October, November or December, somewhere within there, for all of these factors to form the perfect storm,” Itkin said.

Itkin also emphasized that the pandemic is not over, and that if there has been a brief pause in the spike in illnesses just “fasten your seatbelts.”

“Europe is seeing this already,” Itkin said. “We’re certainly seeing this in universities in all 50 states. I think, really, just get ready for what’s coming, and I think it is certainly coming at this point.”

According to Dr. Eduardo Velez, director of the Pulmonary Function Laboratory at the hospital, and added that it is very likely the hospital will have to test patients for both Covid and influenza when they present with symptoms like fever, cough or sore throat.

“Influenza and Covid have many overlapping symptoms, and it is essentially impossible to differentiate them just by examining a patient,” Velez stated via email.

The hospital’s response will be guided by its experience with Covid as well about local rates of illness and transmission. Velez explained that the hospital will follow CDC guidelines and continue to look at what hospital systems in other countries have done to successfully manage infections.

“It is expected that the combination of the flu season with the ongoing Covid pandemic will strain hospitals,” Velez said in an email. “That said, it is possible that the social distancing and mask use measures that are being implemented by the population, together with more awareness of influenza vaccination, may decrease the impact of influenza compared to prior years.”

The hospitals will be using lessons learned from Covid-19 in their response going into flu season.

At CMC, one thing that officials realized is the need for widespread rapid testing and protocols to keep patients, visitors and staff safe.

Moving into flu season, CMC will continue that widespread flu and Covid testing, hand hygiene and mask-wearing. Pepe also believes that tighter control of visitors to the hospital will continue during flu season.

Additionally, the hospital has installed thermal temperature scanners that instantly take people’s temperatures as they walk through them. Pepe believes the hospital also learned a lot about the supply chain and how it can fail in high-demand situations.

In the first months of the pandemic, “the supply chain situation broke down,” Pepe said, adding, “I believe that the lesson learned here is that every state should have their own emergency pandemic stockpile that’s not dependent on supply chains or the federal government. I think that that was a major situation that could have been a whole lot worse.”

Letting down their guard

At Portsmouth Regional, Itkin said one lesson learned is for people to not let their guard down.

He explained that will be a matter of going back to basics in terms of reviewing screening protocols, how to use and put on and take off personal protective equipment. The same is true for hand sanitation, mask use and distancing.

“I think that over time, particularly over the last couple of months as the Covid activity has slowed considerably, I see that healthcare workers, much like the general public, are letting down their guard a little bit,” Itkin said.

One of the key lessons learned by the hospital involves creating scalable systems in terms of how the hospital was set up, creating surge units, for example. Even though these have been scaled down in recent months because there has not been a need, they have not gone away. The hospital has the capability of scaling those up again, which Itkin said can easily be ramped up when needed.

At DHMC, Calderwood said one lesson learned is that science does not move at the speed of the 24/7 news cycle, meaning healthcare professionals are constantly needing to adapt to new information and figure out how to best communicate this out to providers, patients and the public at large.

At St. Joseph Hospital, Velez said that what was probably the most important lesson learned is that in pandemic situations, guidance from federal and state governments, as well as help with logistics equipment, may not materialize soon enough.

Velez explained that organizations have to keep their ears to the ground and be ready to implement decisions and measures by themselves based on the available data. St. Joseph Hospital was able to assemble a team that constantly assessed the situation and planned, trying to anticipate problems before they hit.

“Collaboration from hospitals all over the world in terms of sharing knowledge and organizational resources was invaluable and we took advantage of this even before state and federal guidance was available,” Velez stated.

Moving into flu season, Velez added that the hospital will continue to have a team approach to anticipate potential problems, and, he hopes, be prepared for the unexpected.

In the meantime, hospitals are awaiting a much-anticipated Covid-19 vaccine. Pepe said people can argue about whether the vaccine is going to be available at the end of the year or the beginning of next, but the point is that a vaccine will be ready at least a year earlier than any other vaccine.

This article is being shared by partners in The Granite State News Collaborative. For more information visit, collaborativenh.org.