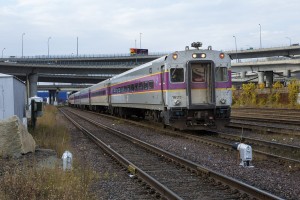 The prospect of bringing commuter rail service to the Capitol Corridor between Lowell, Mass., and Nashua and Manchester brightened last week after the governor and Executive Council authorized the New Hampshire Bureau of Rails and Transit to contract with AECOM Technical Services Inc. of Manchester to undertake the development and engineering phases of the project.

The $5,448,607 contract, funded entirely with federal dollars, includes preliminary engineering and design work, environmental and public engagement services as well as the development of a plan to finance the project, which would extend MBTA service to southern New Hampshire.

The project has been something of a political football since 2014, when the New Hampshire Department of Transportation completed the Capitol Corridor Rail Study. Then-Gov. Maggie Hassan added funding for the project in the state’s 10-year transportation plan, but it was removed by the Republican majority of the Legislature two years later.

After voting against commuter rail as an executive councilor and dismissing the project as a “boondoggle” as a candidate for governor, Gov. Chris Sununu changed his tune in 2017 as he pitched Amazon to build its second headquarters in New Hampshire.

And in January 2018, he openly announced his support for investing $4 million in a feasibility study of commuter rail.

However, after Amazon snubbed New Hampshire, the momentum waned. Despite the apparent support of the governor, legislation authorizing the NHDOT to apply federal funds to a development study and include the project in the 10-year plan, failed in 2018. When the proposal carried a Democratic Legislature passed the proposal a year later, Sununu allowed the legislation to become law without his signature.