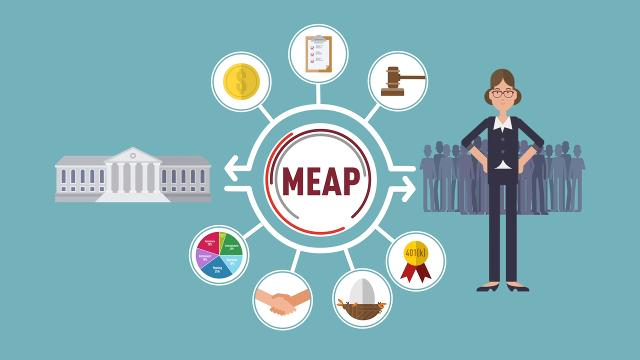 If you think your business is too small or is unable to offer a  401(k) to your employees, think again. A relatively new law now allows businesses to join with others to set up their retirement plans though a larger organization.

The Business and Industry of New Hampshire is the latest such organization to set up a Multiple Employer Aggregation Program to members, according to a Monday press release. But it is not the first. That distinction probably belongs to the Lakes Region Chamber of Commerce, which set one up last summer.

MEAPs are new, but they are an offshoot of MEPs (Multiple Employer Plans). In fact, MEPs date back to the 1940s, as a way to offer benefits during labor negotiations with lots of small employers, such as contractors that sign with a Carpenters Union local. Now, most MEPs are provided through trade associations.

MEPs, however, are limited to groups that have something in common besides geography. They also provide one 401(k) plan that fits all, so individual businesses have no real say about what their plan should look like.

There was also the problem of the “bad apple” rule, which meant that one financially troubled business could bring down the whole group’s plan.

The SECURE Act of 2019 did away with the bad apple rule, but it also opened up a host of retirement options, including MEAPs. MEAP are open to such multiple employer groups as chambers of commerce, and they allow employers to customize their plan

“It allows for different employers’ matches,” said Joel Arsenault of Foundry Advisors in Laconia, who helped set up the first such plan in the state – and perhaps in New England – at the Lakes Region Chamber in June 2020.

Arsenault said the MEAP got off to a slow start because of Covid, but four businesses have signed up and there has been a recent renewal of interest.

“Because you have greater volume, you can offer more for less,” he said.

The Greater Nashua Chamber of Commerce, which set up a MEAP in August, ran into similar issues, but it also has had a few takers, the chamber itself among them. The chamber is about to undergo another push, said its president, Wendy Hunt. The cost of setting up a 401(k) – as much as $8,000 – is prohibitive to many small businesses. This method brings the cost down to about $1,750 annually, and for as little as $750 with a tax break thrown in.

In addition to MEAPs, another alternative became available on Jan. 1: The Pooled Employer Plan (PEP), which is like an open MEP. It is one big plan, but without commonality restrictions. It’s also known as an open MEP, since it allows existing MEPs to open up to unrelated businesses.