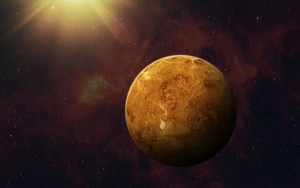 Two of the Small Business Innovation Research and Small Business Technology Transfer grants awarded by NASA to New Hampshire firms will focus on exploration missions on the planet Venus.

A balloon drone system that could be used to analyze the atmosphere and surface of Venus.

An infrared camera that could help the next-generation space telescope observe the glow of the early universe.

These are just some of the cutting-edge technologies that New Hampshire companies are developing and that NASA will be helping to fund.

Every year, NASA invests in hundreds of such projects through the Small Business Innovation Research (SBIR) and Small Business Technology Transfer (STTR) programs.  This year, it is spending $57 million to fund 365 projects being developed by 289 businesses, including nine in New Hampshire.

The exact amount of this year’s contracts hasn’t been disclosed yet, but a summary of what is being funded has – and it’s enough to get any space nerd’s pulse racing.

Creare, the Hanover-based research and development firm, which has been winning federal contracts since 1961, won six of the grants, including of its drone-based sonic instrument for Venus balloon missions. The balloons, which could float in the Venetian atmosphere can serve as a base for the exploratory drones, which in turn can act as a ballast for the balloon.

Creare also has a proposal using nuclear energy to power spaceships, though its heat conversion system can also be used for concentrating solar radiation.

It is also working on high-performance recuperators for low-temperature Turbo-Brayton cryocoolers. What is that, you ask?  It’s to help provide the extreme low temperatures needed for some of the components of some space telescopes, like the Lynx, the Origin Space Telescope, and the Superconducting Gravity Gradiometer, to explore such things as the earliest black holes and early galactic evolution.

Creare also is developing a miniature vacuum pump to help analyze the atmosphere of Venus and other planets and on improving the feedwater supply bladder, designed to help improve the cooling system in a space suit.

RAPA Technologies LLC, a firm in Meriden is also working on a spacesuit bladder with a design that it says will be able to deal with high pressures without tearing. It will be flexible but with the “strength and convenience of a rigid tank.”

Brayton Energy in Hampton is the other firm looking at heat exchanges for nuclear space propulsion, though its technology it could also be used as a stationary power source for a planetary or lunar base set up on a planet once the vehicle lands.

And QmagiQ, a Nashua firm, is developing an infrared camera that captures a broad range of images for the next Spitzer Space telescope. But QmagiQ’s camera could also be used on earth to analyze forests and vegetation, find gas leaks, and even for missile detection.