Organizations side with Conway in appeal to NH Supreme Court 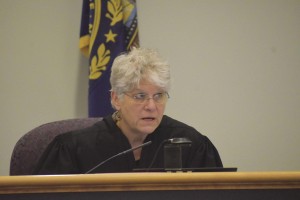 In briefs filed with the NH Supreme Court, lawyers for the town of Conway, the NH Municipal Association and NH Planners Association say a Carroll County Superior Court judge ignored wording in the town’s zoning ordinance when ruling in favor of a short-term rental owner.

The case, Town of Conway v. Scott Kudrick, resulted from a town vote in 2021, when residents rejected a proposal by selectmen to allow non-owner-occupied short-term rentals anywhere single-family homes are permitted in town. Voters did, however, give selectmen the authority to regulate short-term rentals.

Following that, selectmen filed for a declaratory judgment against Kudrick in Carroll County Superior Court. After Judge Amy Ignatius sided with Kudrick in January, selectmen appealed the decision to the state high court.

The town is represented by Russell Hilliard of Upton Hatfield and Jason Dennis of Hastings Law Office of Fryeburg, Maine, whose brief in the case is 30 pages long.

The town’s brief asks the court to decide “whether the trial court erroneously interpreted the ‘permissive’ Conway Zoning Ordinance to allow short-term rentals that are not owner-occupied in the residential districts.”

It explains that a permissive ordinance means “that if a use is not identified as a permitted primary use, or use permitted by special exception in a zoning district, then the use is not permitted in that district.” It goes on to argue that since non-owner-occupied short-term rentals aren’t an identified use in the ordinance, they should not be allowed.

The municipal association is represented by attorney Stephen C. Buckley and the planners association by Timothy Corwin of Black Lions Services of Kingston. Their amicus curiae brief is 26 pages long.

Ignatius ruled that “short-term rentals fit within the Conway Ordinance’s definition of residential/dwelling unit and thus need not be owner occupied in residential districts.”

She continued, “Because short-term rentals are residential/dwelling units that need not be owner-occupied, the defendant is entitled to judgment as a matter of law.”

But the town’s and municipal/planning associations’ lawyers argue that in fact Kudrick’s short-term rentals don’t meet that definition because Ignatius ignored wording about allowed occupants “living as a household.”

The entire definition of residential/dwelling unit reads this way: “A single unit providing complete and independent living facilities for one or more persons living as a household, including provisions for living, sleeping, eating, cooking and sanitation.”

In contrast, various types of transient housing in Conway are defined in part as not having kitchens, and Ignatius noted that Kudrick’s properties have kitchens and therefore don’t meet those definitions.

Both the town’s attorneys and those from the association argue that “residential/dwelling unit” along with “living as a household” mean the occupants plan to live there permanently rather than as visitors.

The friend of the court brief says Ignatius decided that living as a household meant people are occupying the same space regardless of duration.

“Thus, 10 strangers who arrive separately and spend one night in an AMC hut, or a youth hostel, or a sleeper car on a train, are ‘living as a household,’ states the friend of the court brief.

“This defies common sense, and the ordinance surely did not intend such a broad definition. … The trial court’s interpretative approach will exacerbate the diminishing supply of affordable houses.”

“No short-term rental guest, if asked ‘Do you live here?’ would answer in the affirmative,” says the brief. “They live at their homes. The essential characteristic of the defendants’ properties is that no one lives there.”

Kudrick is represented by Mark H. Puffer of Preti Flaherty Law of Concord and Matthew R. Johnson of Devine Millimet Law of Manchester.

The appellee’s (Kudrick’s) opposing briefs are due Aug. 24. Briefs must not exceed 9,500 words.

After the opposing briefs are filed, the town may file a reply 20 days later.