Defendants accused of knowing about but ignoring smuggling 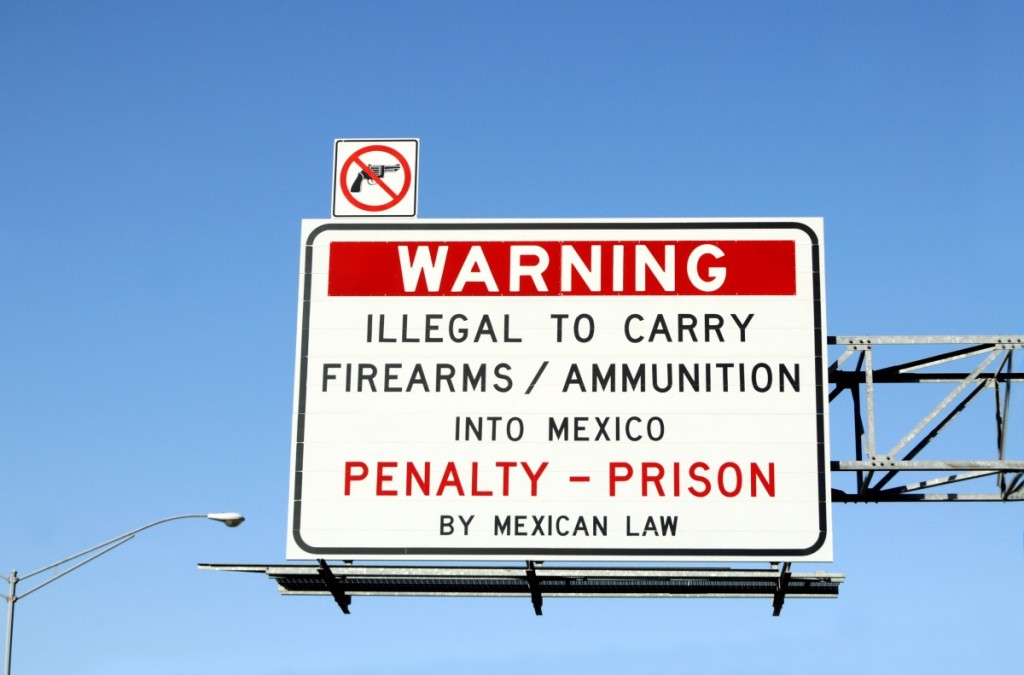 Sturm Ruger & Co. knowingly allowed thousands of guns to be smuggled into Mexico – many used by drug cartels – resulting in the deaths of thousands of citizens, including mayors, police officers and bystanders, according to a suit filed by the nation’s government against Ruger, five other firearms manufacturers and a Massachusetts wholesaler.

The suit was filed in August in U.S. District Court for Massachusetts, and but Ruger – a gun manufacturer in Connecticut with a major production facility in Newport, NH – disclosed it in a filing to the Securities and Exchange Commission.

“The Company believes that the allegations are without merit and will defend itself accordingly,” according to the filing, but none of the manufacturers has yet to answer the charges in court.

Guns are practically illegal in Mexico, which has only one gun store and issues fewer than 50 permits per year, but the criminals – many associated with drug cartels – have smuggled hundreds of thousands of guns into the country, causing political and economic havoc, alleges the suit.

The defendants account for “nearly half” of all the guns used by criminals and recovered in Mexico (and more than two-thirds of those originating in the U.S.) Ruger accounts for 6.2 percent of total crime guns, the suit says.

The suit details numerous instances when the guns were trafficked.

“From 2006 to 2009, a massive trafficking ring operated in California, moving the guns into Oaxaca, Mexico. A single gun dealer in Madera, California, sold the group more than 400 guns, mostly Ruger rifles. They frequented the store dozens of times buying upwards of 26 Ruger rifles in a single transaction,” says the suit.

“On June 26, 2020 assassins disguised as road workers attacked Mexico City’s police chief, Omar García-Harfuch. Mr. García-Harfuch was wounded but survived; two bodyguards and a bystander were killed. Among the weapons used by the assassins were … a Ruger 5.56mm.”

At another point it alleges that “Ruger’s weapons have likewise figured in notorious incidents. Ignacio “Nachito” Villalobos was a member of La Linea, the enforcement wing of the Juarez Drug Cartel. He set up a gun-trafficking operation in the small village of Columbus, New Mexico, across the border from Puerto Palomas, Chihuahua, Mexico. He had the cooperation of certain local Columbus officials, including the town’s mayor and police chief. They operated as co-conspirators in straw purchasing 400 guns to be smuggled into Mexico, including at least at least 4 Ruger .45 caliber pistols. Two of those pistols were later recovered in Mexico, one of them at a murder scene in the Mexican state of Chihuahua.”

The suit charges Ruger knew about the smuggling but allowed it anyway.

“More than a decade ago, Ruger’s dealers asked it to stop supplying non-storefront dealers. Thus, Ruger knew that its own law-abiding, responsible gun dealers recognize that these dealers tarnish the reputation of gun sellers by irresponsibly and illegally supplying criminals. But Ruger chose to cater to the irresponsible and law-breaking dealers, and continued to supply them, over the objections of the ‘good guys’.”

Many lawsuits against gun manufacturers have been filed before, and most have been thrown out of court, sometimes on Second Amendment grounds, and sometimes because of laws passed by Congress. Others, like one filed by the city of Gary, Ind., which also names Ruger as one of its defendants, has been in the courts since 1999. (The Gary suit is currently in the discovery phase, according to the SEC filing.)

Mexico contends this case is different because protections don’t apply to Mexicans.

Legal experts interviewed by National Public Radio credited the law suit as taking a novel approach, thought they still felt it was a long shot.

Ruger has limited liability coverage. “For product liability claims made after July 10, 2000, coverage is provided on an annual basis for losses exceeding $5 million per claim, or an aggregate maximum loss of $10 million annually, except for certain new claims which might be brought by governments or municipalities after July 10, 2000, which are excluded from coverage,” according to the filing.

“It is not probable and is unlikely that litigation, including punitive damage claims, will have a material adverse effect on the financial position of the company,” says the filing.