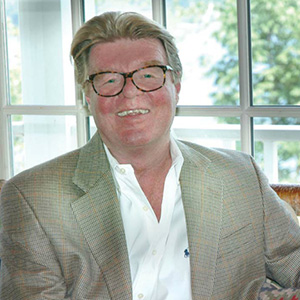 Hampshire Hospitality Holdings of Meredith has sold its four hotels — the Inn at Mill Falls, Chase House, Bay Point and Church Landing — which line the top ring of Meredith Bay, signaling the transformation from mill town to tourist mecca.

Rusty McLear, president and CEO, said that the properties were sold on Friday to TPG Hotels & Resorts, a subsidiary of the Procaccianti Companies of Cranston, Rhode Island. The properties were valued at $25 million and sold “well north of that,” McLear told the Laconia Daily Sun.

He said the service station on Route 3 was not included in the sale. Likewise, the restaurants in all four hotels will continue to be leased and operated by The Common Man Family of restaurants owned by Alex Ray, McLear’s partner in a number of enterprises.

McLear said the decision to sell arose from conversations among the four partners — McLear, Ed Gardner, Fred Ford and Roger Gauld — all of whom have reached their seventies. “We decided the timing was right and the economics were right,” McLear explained, adding they engaged Jones Lang Lasalle (JLL), Inc., a global investment management firm specializing in commercial real estate to appraise the property and approach potential buyers.

TPG is a family business founded in 1959 by Jim Procaccianti and managed today by his son Jim and daughter Elizabeth. The company has a large and diverse portfolio of commercial properties in more than 130 cities in 31 states, including some 60 hotels from coast to coast. The Procacciantis are familiar with Meredith and, with Jim’s son a student at New Hampton School, have been guests of the hotels.

“At first we filled a niche for people visiting friends and family in Meredith,” McLear said. “Chase House and Bay Point began to attract visitors, and Church Landing turned the spigot on. We’ve had guests coming for 30 years.”

McLear said he has purchased several properties in downtown Meredith and has his eye on some others, which he intends to rehabilitate. At the same time, he said that he and Ray have partnered with Irving Oil to expand The Common Man Roadside operation, pioneered at the Hooksett exit on I-93, in the state and region. “I’m not done yet,” he said with a smile.