Measure would change the way NH unemployment taxes are imposed 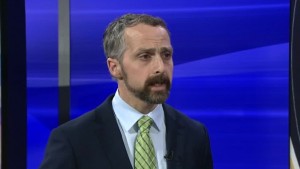 New Hampshire unemployment taxes could no longer be raised at the discretion of the Employment Security commissioner under some changes tucked away in the budget the House passed last week, but it will also be harder to lower them.

The idea is to build up the unemployment trust fund with a strong enough cushion so the state won’t need a cash infusion – from a national economic stimulus program, expensive borrowing from the federal government or increased taxes – to rescue it during the next economic downturn, said Richard Lavers, deputy director of New Hampshire Employment Security.

Increasing unemployment taxes – which makes every new hire slightly more expensive – is not the best strategy when you are trying to beat back or climb out of a recession, Lavers said.

Here is how the law currently works:  The unemployment tax rate is based on the experience rate – layoffs a company has made in the past. When the unemployment trust fund goes up, the department gives employers an automatic discount half-percent discount when it reaches certain levels – $250 million, $275 million and $300 million.  When it falls below $150 million, the department can add a surcharge in half-percent increments to protect the solvency of the fund, at the discretion of the commissioner.

Before the pandemic hit in March 2020, the trust fund stood at $300 million, but the unprecedented surge in unemployment – the rate jumping from 2.7% in March to 16% in April – forced the state to eventually pay out $1.8 billion in benefits. While the federal government paid the bulk of it, the state ended up taking $315 million out of the trust fund. That would have triggered surcharges as it dipped below $70 million had not Gov. Chris Sununu pumped $50 million of CARES Act money into the fund.

The trust fund now stands at $103 million, though the state expects it to decline to $85 million by the end of the year. Commissioner George Copadis, however, has not implemented any surcharges, and if the budget passes, he won’t be able to.

The changes contained in House Bill 2, the trailer bill to the budget, would eliminate the commissioner’s emergency surcharge powers and would increase the thresholds that trigger discounts.

The change won’t affect employers this year. Lavers said he doesn’t expect the trust fund to climb that high for another five to seven years, so the law’s impact will be “pretty far off in the future,” he said. The idea is to build the fund up, “so you don’t have to rely on an infusion of dollars next time” there’s an economic downturn

Last week, the U.S. Labor Department indicated that new claims in New Hampshire for the week ending April 3 dropped below 1,000 again, to 893, for the second time since the pandemic began. That was 41% drop from the previous week. There was an 8% drop, to 8,529, in federal claims during the week ending March 27.  Those claims are paid by the federal government to self-employed individuals and those who have to stay home for Covid-related reasons.