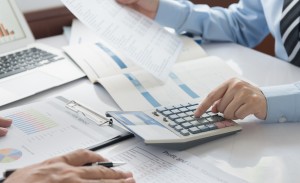 Not taxing a New Hampshire business’ Paycheck Protection Program money could cost the state as much as $135 million in revenue, estimated the state Department of Revenue Administration.

It was that estimate that was the focus of Monday’s hearing on Senate Bill 3, an attempt by Sen. Majority Leader Jeb Bradley, R-Wolfeboro, to mirror federal tax rules. Bradley called the bill a “clarification” that would just put the bill in line with federal intent, but the DRA indicated that it would be an expensive one.

“Congress made it clear that it was never intended to be taxable,” said Bradley. And since it never was, then not taxing would not be an actual revenue loss, he argued

The CARES Act, passed in March 2020, says PPP money should not be taxed. However, the law was silent on whether businesses could deduct expenses that needed to be spent for the loans to be forgiven and turned into a grant. The Internal Revenue Service ruled that such expenses were not deductible.

The state DRA is treating all this the other way around. That’s because the state is tied to the federal statute in 2018, with subsequent federal updates only allowed to go further if approved by the Legislature. Thus the agency wouldn’t be allowed to include the CARES Act update to the federal tax code and treat it just as it would any forgivable loan prior to 1999 – as taxable income, with expenses deductible.

Either way, testified DRA Commissioner Lindsey Stepp, the result would be the same. If the entire grant were spent on deductible expenses, the net tax bill would be zero.

But Congress, as part of the massive budget bill and Covid relief legislation enacted in December, decided to make it a “tax benefit,” in the words of Stepp. Businesses would benefit both ways: They won’t be taxed on the PPP loan when it becomes a grant, yet it still could deduct the expenses that it spent that grant on.

The DRA, however – still tied to the 2018 code – put out an advisory on Jan. 20 that it would still have to treat the grant as taxable income for state purposes. SB 3 would overrule that and mirror the federal changes.

Estimating, the fiscal impact of is complicated, and Stepp wrote a lengthy fiscal note to explain it.

While the SBA approved $2.6 billion in PPP loans to New Hampshire businesses, for instance, the state had to take into account that some multistate businesses primarily pay their businesses taxes to other jurisdictions and reduced that figure to $2.1 billion. It also had to account for the credit against the business profits tax for the business enterprise tax. And it gave different estimates of how much of the grant would be spent on deductible expenses.

Bradley questioned that estimate, noting that larger companies that pay the bulk of BPT don’t qualify for the PPP, which was limited to business with less than 500 employees last year.

Stepp said she checked with other states and said, “we feel confident that $100 million revenue loss is consistent.”

The estimate gave some of the Democratic Senators pause. “I completely agree with it,” said Sen. Cindy Rosenwald, D-Nashua. But then, she said, someone would have to come up with “ideas on how we might pay for this.”

Most of those who testified backed the bill.

“There was never any intent by Congress to tax these funds,” said David Juvet, BIA’s senior vice president of public policy in a press release. “Congress made this crystal-clear.”

Tax attorney Bill Ardinger added that when Congress wanted to send money to businesses, “they did not say, ‘save some of that to pay taxes to the state.’”

But Bob Clegg, a former state senator and current lobbyist, opposed the bill. “A lot of people took that money that didn’t really need it,” he said. “It’s wrong to give them another benefit. You can’t give one side more benefits than anyone else.”

Whatever the Legislature does, the New Hampshire Society of Certified Public Accountants suggested they do it fast. Many businesses are holding off filing their business tax return – which for most companies is due on March 15 – until lawmakers act, testified a speaker on behalf of the society.