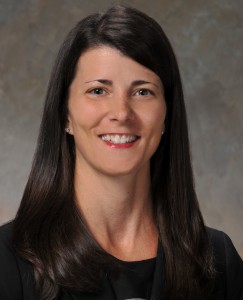 Maria Proulx, currently regional vice president of sales at Anthem Blue Cross and Blue Shield in New Hampshire, will take over as the company’s next president in March.

She will begin the job March 14, succeeding Lisa Guertin, who announced earlier this year her plans to retire after 32 years with the company, including 18 as president.

“Maria brings a wealth of experience to this role and a commitment to fulfilling our mission of improving lives and communities in New Hampshire,” said Kurt Small, president of Anthem’s Commercial Business for the East Region. “She’s a strong leader who built her career in New Hampshire, which makes her a great fit for this position.”

An attorney with Concord-based Orr & Reno before joining Anthem in 2017, she has held a number of other leadership positions at the company, including vice president of segment solutions.  She has also worked on the provider, legal and compliance teams, supporting the New Hampshire plan.

Proulx, who was born and raised in Dover, currently serves on the board of directors for FC Exeter Soccer Club and the Northern New England Soccer League and is a member of the Leadership New Hampshire class of 2022.