Only one vote against, but criticisms are raised 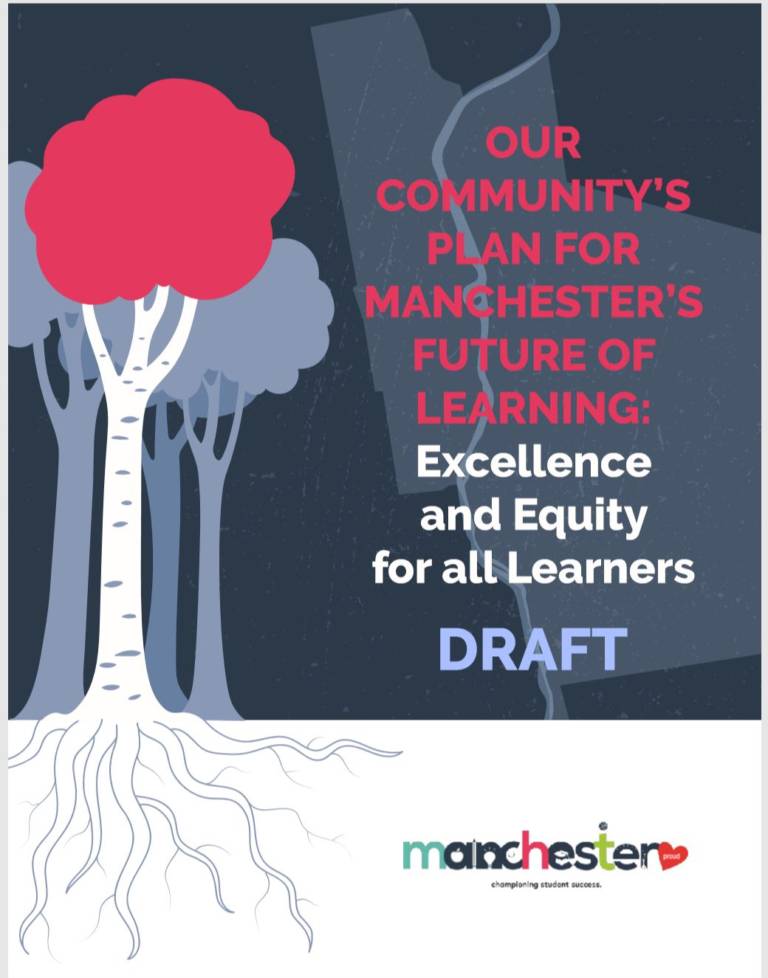 The night ended in applause as Manchester Proud’s visionary educational plan for the future of the Manchester School District was approved with only one dissenting vote from the Board of School Committee, but the outcome was not a slam dunk at the board’s Feb. 20th meeting.

At-large committee member Joseph LaChance was the dissenting vote but his opinion was echoed by committee member Arthur Beaudry and by former mayoral candidate Victoria Sullivan, who spoke during the opportunity for public comment.

“I fully respect the work of Manchester Proud, but I think it’s just too early to accept,” LaChance told the meeting, which was attended by some 600 people. “They’ve worked incredibly hard on this over the past year, but I’ve only had a month to review it. I’ve read it four times, and I still have questions.”

LaChance said there are “important pieces of the plan that need to go forward. I graciously receive it but I feel it should go back to the proper committees for vetting.”

Beaudry raised similar “receive and vet” concerns, prior to the motion to accept the report by member Kevin Porter. But in the end, he voted to back Porter’s acceptance motion after assurance that the BOSC would have considerable influence in continuing to shape the plan.

‘Raise the bar, lower the barrier’

“Fear challenges our whole concept of expertise,” said Adam Rubin, co-founder of 2Revolutions, which has worked with school districts across the country in recreating their models and has partnered with Manchester Proud in its effort. “I appreciate hearing people express those fears. We’ve put the learner at the center of this plan. Everything else is variable. Eighty percent of the jobs that will exist in 2030 have yet to be created. It’s not the Appomattox Court House in 1865; it’s the ability to think.

Manchester School District Superintendent Dr. John Goldhardt, who strongly supports Manchester Proud, also spoke to what lies ahead. “We’re going to raise the bar and lower the barrier,” he said in his address. “It’s a bold goal to want a 100% graduation rate while improving competencies for career and college pathways.”

He paused and looked up: “We’ll take this one step at a time. I support the plan. It’s like Mary Poppins says, ‘It’s not perfect in every way, but it’s practically perfect.’”

Recent mayoral candidate Victoria Sullivan echoed the feelings of several others in the audience when she said, “There’s nothing in this plan about parental involvement … I hear people saying they’re hopeful about the plan, but they’re not sure it will work. I’m behind the plan, but I don’t fully understand the plan. It’s like throwing mud against the wall and hoping it sticks.”

Member Porter led up to his motion for acceptance by addressing the mazes of the plan that are still without finish lines.

“I’m a data dork,” he said. “I count 36 main statements in this plan with 30 suggestions for achieving those statements. But if we wait for 100% approval, we’re never going to get anything done.”

Porter’s lengthy motion for acceptance came down to one concept: faith. The motion read in part, “It’s a dynamic resource, not a prescription.”