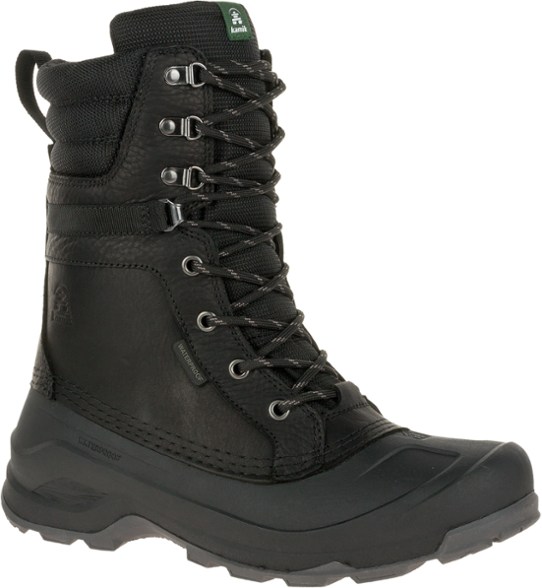 Genfoot America Inc., the Littleton subsidiary of a Canada-based footwear company, has been slapped with a potential class-action lawsuit alleging it falsely claimed that its Kamik-branded boots are made in the USA.

The suit, filed in U.S. District Court in Concord by Debra Jackson, a New York consumer who purchased the boots online, said that the label “Made in USA” is on the hangtag on the boot, on the boxes, and on the website, “but the boots don’t fit the bill.” Rather, the suit alleges, the sole of the boot is made from foreign materials.

The company does include a small font disclosure clarifying that the boots are “Made in USA with foreign and Canadian components,” both on the tag and on the website, but that’s not enough to comply with Federal Trade Commission regulations, according to the suit. The consumer is still misled that the product was made in the United States, according to the complaint, which cites surveys that show that consumers generally pay more for items made in the United States because they believe it indicates better craftmanship and because it helps the economy.

The suit was authored by Bursor & Fisher, a national law firm, with Concord-based Douglas, Leonard & Garvey as local counsel. It cites the truthinadvertising.org website that calls out other “Made in USA” claims that have led to other lawsuits. To be certified, a class must contain at least 100 people and damages must exceed $5 million.

Genfoot is a privately held company based in Montreal, but has had a manufacturing plant in Littleton since 1993. The company did not return several messages left at the plant by NH Business Review deadline.

According to its website, it has a worldwide workforce of 400. A filing with the Department of Labor indicated that more than 70 Genfoot America workers in Littleton were participating in the company’s 401(k) plan by the end of the 2020, and the company is currently advertising jobs starting at $19 an hour.