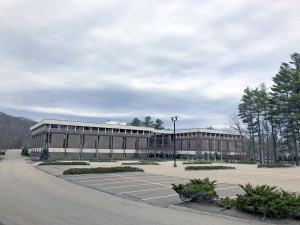 Lincoln Financial Group, which for years was a major employer in Concord, has put its 178-acre 1 Granite Place property – including its two office buildings totaling 210,000 square feet off northern Rumford Street in Concord – up for sale. The listing price is $6 million.

The property is zoned for several uses, including commercial and residential.