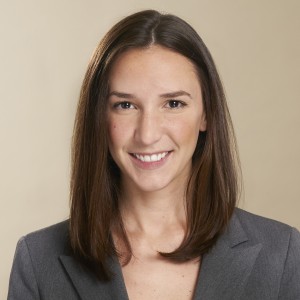 Carrier’s practice focuses on business litigation and involves representing individuals and businesses in a wide range of disputes before state and federal trial and appeals courts, administrative tribunals, arbitrators, and in mediation.

She has been recognized by New England Super Lawyers and Best Lawyers in America, for her work in litigation.

After hearing from New Hampshire businesses about delays in receiving the Employee Retention Tax Credit, U.S. Sens. Maggie Hassan, a member of the Senate Finance Committee, and Ron Wyden, D-Ore., chair of the Finance Committee, are pushing the IRS and the Treasury Department to get this relief enacted as soon as possible, as well as ensure that businesses don’t pay more in up-front taxes this year as result of these tax credit delays.

In a letter to the IRS, the senators wrote, “We write to urge the Treasury Department (Treasury) and Internal Revenue Service (IRS) to provide relief ahead of the upcoming tax filing deadline for small businesses that are still waiting for their Employee Retention Tax Credit (ERTC) payments. Without quick action from your agencies, these small businesses will face higher up-front tax liabilities because of IRS’s delayed payments of the ERTC.”

Typically, businesses deduct wages paid to employees in their tax filings, but businesses that claim the ERTC are not allowed to both claim the tax credit and apply a tax deduction for wages, which means that any business that is still waiting on their tax credit from the IRS could be paying more in up-front taxes.

Major U.S. gun manufacturers, including Sturm, Ruger & Co., are urging a federal judge in Boston to dismiss a $10 billion lawsuit by the Mexican government accusing them of facilitating the trafficking of weapons to drug cartels, leading to thousands of deaths in Mexico.

Mexico’s lawsuit said over 500,000 guns are trafficked annually from the United States into Mexico, of which more than 68% are made by the manufacturers it sued, which also include Beretta USA, Barrett Firearms Manufacturing, Colt’s Manufacturing Co and Glock Inc.

The companies argue Mexico has failed to establish the financial costs it incurred for health care, law enforcement and other efforts to address gun violence were attributable to the manufacturers’ actions.

They also argued a U.S. law, the Protection of Lawful Commerce in Arms Act, protects them from lawsuits over their products’ misuse. read more

Democratic attorneys general from 13 states along with the District of Columbia in January filed briefs supporting Mexico, as did the countries of Antigua and Barbuda and Belize, which said violent gun crimes had harmed Latin America and Caribbean nations.