Legal Briefs: News from Around NH 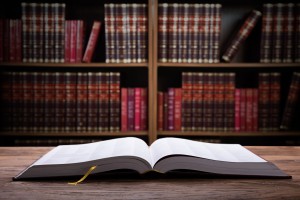 The U.S. Labor Department has recovered nearly $375,000 in back wages and liquidated from a Keene-based home care service provider D+S Elder Services after finding that the company denied is employees overtime wages.

USDOL investigators charged the company with violations of the Fair Labor Standards Act after finding it failed to pay employees overtime wages for over 40 hours worked in a work week. The agency also said D+S didn’t pay employees for time spent traveling between worksites or track that time as hours worked.

Manchester-based Wage and Hour Division District Director Steven McKinney said, “Healthcare workers often work long hours for low pay while providing vital services to the clients they assist. When employers deprive workers of their hard-earned wages, they make it harder for employees and their families to make ends meet. They may also make it harder for their businesses to retain and recruit the workers they need to operate.”

The city of Boston has agreed to pay more than $2.1 million to New Hampshire-based Liberty Counsel, a Christian legal organization that backed a court challenge after the city refused to fly a Christian flag outside City Hall.

The settlement, announced Tuesday by Liberty Counsel, covers attorneys’ fees and other costs associated with the legal battle that started in 2017 after Boston resident Hal Shurtleff and his Camp Constitution group asked to hoist the flag on one of three poles on City Hall Plaza to mark Constitution Day.

Between 2005 and 2017, the city approved 284 consecutive applications from private organizations to fly flags, with no denials, before it rejected Shurtleff’s proposal, Liberty Counsel said. The U.S. Supreme Court unanimously ruled in May that the city violated the free speech rights of Shurtleff because of his “religious viewpoint.”

The city has since passed an ordinance that clarifies the rules for flag raisings.