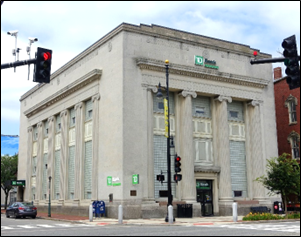 Shaheen & Gordon has opened a new and expanded office at 191 Main St. in downtown Nashua. The firm now occupies 7,000 square feet in the building that once was home to the Second National Bank of Nashua.

The firm has had other locations in Nashua since first opening an office in the city several years ago, but 191 Main St., a downtown landmark, is the firm’s largest and most central space to date, said Michael Noonan, manager partner of Shaheen & Gordon.

“We have been looking for a space that not only allows us to grow, but also better reflects our commitment to the greater Nashua area,” said Noonan.

A California man has pleaded guilty to charges that he fraudulently tried to obtain more than $3.5 million in pandemic funds and bought a Rolls-Royce with some of the proceeds he received, the U.S. attorney’s office in New Hampshire said Tuesday.

Pierre Rogers, 44, of Irvine, Calif., was indicted for bank fraud at the end of June 2022. In 2020, the U.S. attorney charged at the time, he and Joshua Leavitt of Northwood, NH, applied for at least $5 million in federal pandemic funds ostensibly to support seven businesses.

Prosecutor say Rogers and Leavitt agreed to fraudulently apply for CARES ACT funds under the Paycheck Protection Program and Economic Injury Disaster Loan programs, which had been authorized by Congress to help millions of Americans and many small businesses hurt during the early stages of the COVID pandemic.

Leavitt previously pled guilty to bank fraud and wire fraud and is also scheduled to be sentenced in January.

Kinghorn to chair SolutionHealth board