In a suit filed in federal court in Concord, the Securities and Exchange Commission is charging a former vice president at Align Technology Inc., with trading on confidential information the company.

According to the SEC, the former executive, Todd C. Doucette, 50, made nearly $349,000 in illegal profits by buying Align shares ahead of company earnings announcements in April 2018 and October 2020.

Doucette worked at the Tempe, Ariz.-based company from March 2016 to July 2021, most recently serving as vice president of business transformation for the Americas, according to the suit.

The SEC is seeking an order forcing Doucette to give up all ill-gotten gains as well as pay a civil penalty. 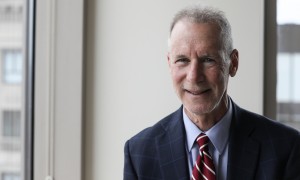 McLane Middleton attorney Richard A. Samuels is being honored next month as a 2022 recipient of the Business & Industry Association’s Lifetime Achievement Award, which recognizes business leaders who have demonstrated a commitment to leadership in their professions, communities and New Hampshire.

Samuels, who joined McLane Middleton in 1980, has been a director of the firm since 1987 and served as the firm’s managing director from 2013 to 2019. He specializes in securities law, mergers and acquisitions, corporate business law, banking law, and energy, utilities and telecommunications.

This year’s awards will be presented on Wednesday, Oct. 26, at the DoubleTree by Hilton in Manchester. For more information, click here.

Gunmaker SIG Sauer has won a product liability lawsuit brought by a Hillsborough man who alleged he was hit in the leg by a bullet because his pistol fired without pulling the trigger.

The plaintiff had alleged SIG Sauer sold the P320 pistol in an unreasonably dangerous condition. The lawsuit claimed the pistol has a defect, allowing it to fire without the trigger being pulled under certain conditions.