On Wednesday, Attorney General joined with 35 other attorneys general around the country who say they have received thousands of complaints from outraged passengers, claiming airlines have failed in their service responsibilities, causing significant frustrations and unnecessary challenges.

In a letter, they are asking Congress to allow them to enforce state and federal consumer protections for airline travelers.

According to the AG’s office, federal law places the central responsibility for addressing violations of airline consumer protection with the U.S. Department of Transportation, but the agency has not kept up with the escalating issues. The letter urges Congress to authorize state AGs to enforce both state and federal consumer protection laws governing the airline industry. It also encourages Congress to consider shifting the authority for federal investigations of airline patron complaints from the US DOT to an agency more primarily focused on consumer protection, such as the U.S. Department of Justice or the Federal Trade Commission. 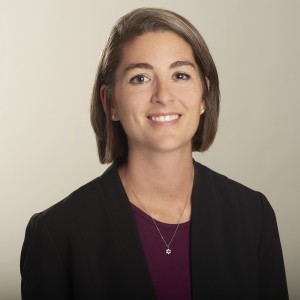 Kaitlin P. Murphy has joined the Manchester office of Sheehan Phinney as a member of the firm’s Corporate and Health Care Groups. She represents healthcare clients on compliance matters and assists business clients with mergers, acquisitions and other transactional matters.

Before joining the firm, Murphy worked at a New Hampshire general practice firm, served as a judicial extern with NH Supreme Court Justice Anna Barbara Hantz Marconi and was an intern at the New Hampshire Commission for Human Rights.

The federal investigation into a Keene-based electric company whose employee died in a workplace incident last Wednesday at the city’s wastewater treatment plant could take up to six months to complete, a spokesperson for the federal Labor Department said Monday.

The Occupational Safety and Health Administration inspection of Hamblet Electric will determine whether any violations of workplace safety standards existed, and whether any potential infractions contributed to the worker’s death, U.S. Department of Labor public affairs specialist James Lally said in an email. OSHA investigates all workplace fatalities, which employers must report to the agency within eight hours.

Local, federal and company officials have not released the man’s identity.

Hamblet Electric has not returned multiple messages seeking comment since last week. The company has never been cited with an OSHA violation, according to the agency’s online database, which goes back to 1972.

The worker who died had been helping install a backup generator at the plant on Airport Road in Swanzey Wednesday morning when the incident occurred, Keene Mayor George Hansel said at a press conference last week. According to City Manager Elizabeth Dragon, Hamblet was a subcontractor of Milford, Mass.-based Southworth Milton Inc., on the generator project.