The NH Department of Environmental Services is suing McCord Corp., a subsidiary of aviation manufacturer Textron, over cost it has incurred in the remediation of the Collins & Aikman Superfund site in Farmington.

The lawsuit, filed on Aug. 12 in U.S. District Court in Concord, is seeking to recover the costs related to remediation of volatile organic compounds at the site, a former automobile parts manufacturing plant and declare the owner liable for future remediation efforts.

NHDES is seeking to force McCord, which operated the site in the 1960s and 1970s, to be held liable for costs incurred by the state in responding to the hazardous waste releases and threatened releases at the site, including those impacting area groundwater.

The NH Insurance Department says that in its recently ended 2022 fiscal year it processed 238 referrals, a 35 percent increase from 2021. The agency said that its enforcement unit issued 40 consent orders, resulting in $370,750 in fines – an almost tenfold increase over 2021. The unit’s work resulted in nearly $82,000 in direct restitution to New Hampshire consumers as a result of overcharged insurance premium.

The agency said that in 2022, the enforcement unit received 20 to 25 referrals each month, with about half of those investigations requiring no further action. This represents a 70 percent increase since 2020.

The U.S. Department of Labor is offering online compliance seminars for contracting agencies, contractors, unions, workers and other stakeholders on the requirements governing payment of prevailing wages on federally funded construction and service contracts.

Presented by the department’s Wage and Hour Division, the seminars are part of the division’s ongoing effort to increase awareness and improve compliance with federal prevailing wage requirements.

The seminars will include video training on many Davis-Bacon and Related Acts and McNamara-O’Hara Service Contract Act topics that participants can view on demand. In addition to recorded videos, the division will offer live, online question and answer sessions on DBA and SCA compliance from 1:30 to 3:30 p.m. EDT. 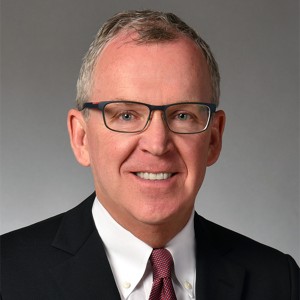 McLane Middleton attorney Steven M. Burke has been named to Massachusetts Lawyers Weekly’s 2022 list of Go To Taxation Lawyers. Go To Lawyers showcases leaders in the Massachusetts legal community by practice area. The lawyers featured this year were all nominated by their colleagues and chosen by a panel from Lawyers Weekly.

Thirteen attorneys from the Concord law firm of Orr & Reno have been selected by their peers for inclusion in the 2023 edition of The Best Lawyers in America.

Also receiving first-time recognition as “One to Watch” in the practice of family law was attorney Nicole A. Forbes.

Four named to Charitable Foundation board

Sarah Mattson Dustin, executive director of NH Legal Assistance is one of four new members of the NH Charitable Foundation. Mattson Dustin, of Contoocook, also serves on the board Merrimack County Savings Bank and chairs the board of trustees for the Hopkinton Public Schools Foundation. Also named to the Charitable Foundation board were: Evelyn Aissa of Concord, deputy director of the Partnership for the Future of Learning; Kristin Girald of Rye, an institutional investor who most recently worked with Prime Buchholz LLC; and Ritu Ullal, a family physician in the greater Nashua region who lives in Hollis.