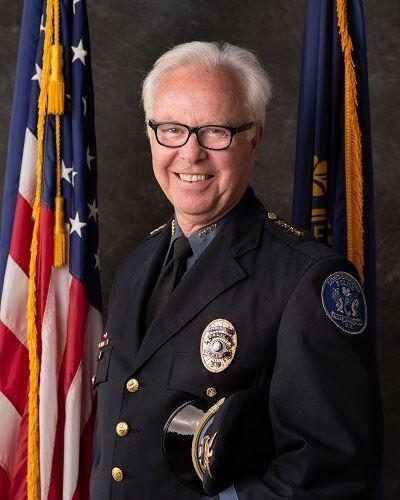 The oldest law enforcement job in the U.S. government, a marshal works as the enforcement arm of federal courts, including tracking down people wanted on federal warrants, jailing federal defendants before trial and arranging for witness protection.

If confirmed by the U.S. Senate, Hart, who announced earlier this month he would be retiring as Londonderry police chief this month after 13 years on the job, will succeed former Manchester Police Chief Enoch “Nick” Willard, who has served in the post since 2018.

Previously a captain with the Londonderry Police Department, Hart also served as Rockingham County attorney from 1995 to 1998 and was Londonderry’s police prosecutor from 1992 to 1994.

Shaheen said Hart “exemplifies the type of leadership and experience necessary to succeed in this role … As our state and nation face serious public safety issues … it’s paramount that New Hampshire’s U.S. marshal is up to the tasks ahead – I have full faith Chief Hart is that person.”

“I am proud that Chief William Hart has been nominated as U.S. Marshal for New Hampshire,” said Hassan. “Chief Hart has served Londonderry and our entire state with excellence and professionalism for more than three decades, and has kept our people and communities safe. I know that he will bring that same commitment to the people of New Hampshire to this role, and I urge my Senate colleagues to support his confirmation.”

Renee Crawford of Danville – a former assistant vice president of finance at Saint Anselm College, has pleaded guilty in federal court to embezzling more than $66,000 from the school.

According to the U.S. attorney’s office, Crawford used her access to the college’s credit cards to submit fraudulent invoices for a company that she created, receiving more than $44,000 which she used for personal purchases. In addition, Crawford used two college-issued credit cards to make personal purchases, such as family vacations and theme park tickets, totaling nearly $22,000.

Crawford is scheduled to be sentenced on Nov. 14