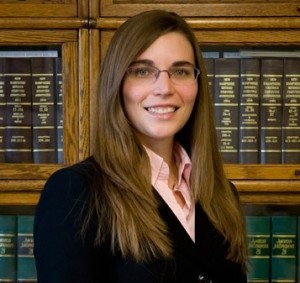 Governor Sununu’s nominees to fill three circuit court judicial vacancies faced a much easier time before the Executive Council than one of his previous choices.

In March, the council rejected by a 4-1 vote the governor’s nomination of Brian Shaughnessy of Bedford nomination in the wake of controversy over his role as assistant town moderator in the 2020 election.

But this time, the nominees faced a far different atmosphere and appear to have clear sailing to the judgeships, according to the NH Union Leader.

The three nominees are: Sandra Cabrera of Columbia, the current president of the NH Bar Association; Justin Hersh of Goshen, a deputy county attorney in Sullivan County; and Joseph Dale Tessier of Milford, who has worked as the prosecutor for the Hudson Police Department since 2013.

A Hampton T-shirt and clothing company has been fined over $18,000 and ordered to pay nearly $124,000 in back wages to compensate 40 workers that the U.S. Department of Labor found two major wage law violations.

The Department of Labor’s Wage and Hour Division said that the 40 employees of The Shirt Factory of Hampton Beach LLC paid some of its employees in cash off the books and paid straight time for overtime for hours over 40 in a workweek. The department said the company also failed to pay one worker wages for nearly a month.

The investigation recovered $59,247 in overtime back wages and $2,628 in minimum wage back wages, plus equal amounts in liquidated damages. Federal officials assessed a $18,510 civil money penalty due to the violations’ willful nature.

Pierre Rogers of Northwood has been charged with bilking the federal government out of more than $680,000 in Paycheck Protection Program and other pandemic-related federal assistance loans, federal prosecutors announced.

According to the indictments, Leavitt and Rogers applied for approximately $2 million in PPP loans and another $3 million through the Small Business Administration’s Economic Injury Disaster Loan program Prosecutors using false and fabricated tax documents.

The Union Leader reported that on his LinkedIn page, Leavitt lists himself as a “startup guy” and chief financial officer of Yahyn, a site features wines for sale and lists its physical address as 25 Sundial Ave., a converted mill building in Manchester.

The telephone number listed for Yahyn was out of order, and an email sent to Leavitt through another website — the cigar-vending website PuroTrader — was not returned, the newspaper said.