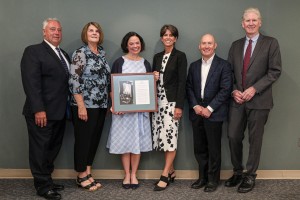 Mary Ann Dempsey, general counsel for New Hampshire’s Judicial Branch, has been named the 2022 recipient of the Caroline and Martin Gross Fellowship.

The honor will enable Dempsey to attend the Senior Executives in State and Local Government program at Harvard University’s John F. Kennedy School of Government for three weeks in July.

“With my background in state government, I am comfortable dealing with legal issues that arise on a daily basis within the court system. I really want to take this opportunity to think about how my role as general counsel can assist the Judicial Branch with its long-range goals” said Dempsey.

The fellowship, now in its 28th year, was established in memory of the late New Hampshire House Majority Leader Caroline Gross and the late Concord Mayor Martin Gross to honor dedication to public service.

The New Hampshire Charitable Foundation awards the fellowship annually to an extraordinary elected or appointed official in state or local government who demonstrates leadership ability and the highest standards of performance in public service.

Before becoming general counsel to the court system in 2016, Dempsey served as head of the NH Justice Department’s Civil Bureau and as legal counsel to Gov. Maggie Hassan.

Congresswoman Annie Kuster, D-2nd Dist., said she is pushing for legislation to support the hiring and retention of law enforcement officers in New Hampshire as departments around the country face a workforce shortage amid an increasing number of retirements. Kuster voiced her support for HR 7250, the Retain COPS Act, which would make changes to the Community Oriented Policing Services (COPS) grant program by allowing the program to be used for salary increases to retain law enforcement officers. She also said she backs HR 7826, the Pathways to Policing Act, which would provide $50 million to the U.S. Department of Justice to operate nationwide recruitment campaigns for law enforcement officers. It would also provide $50 million to operate a “Pathways to Policing” program supported by local and statewide marketing and recruiting campaigns.

The newly created NEPO is being formed as overdoses in the region once again are on the rise — in New Hampshire, prosecutors say there has been a 35 percent in reported overdoses in Manchester and Nashua compared to last year.

The office will run out of U.S. Attorney Jane Young’s office in Concord and will be composed of four prosecutors targeting doctors, dentists and pharmacists who recklessly write or fill prescriptions.

U.S. Assistant Attorney General Kenneth Polite said the strike force is based on a similar program 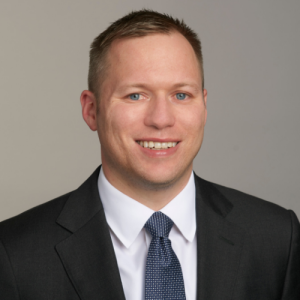 Sheehan Phinney attorney Ryan P. Lirette has graduated from the 2022 class of Leadership Seacoast along with 38 other individuals from area businesses, government and the community.

The Leadership Seacoast program gives existing and future community leaders the opportunity to engage with the people and organizations that shape the Seacoast’s economic structure and social fabric.