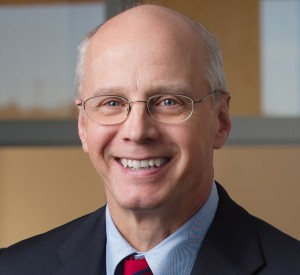 Toby Dilworth has been elected managing director of Drummond Woodsum, the northern New England law firm with offices in Maine and New Hampshire as well as another in Arizona. Dilworth succeeds Benjamin E. Marcus, who is stepping down as managing director after 10 years in the job.

Dilworth, a litigator who represents individuals and businesses in criminal and civil cases, is also a former federal prosecutor. Marcus will return to his full-time law practice, representing clients complex commercial arrangements.

The NH Liquor Commission has named Lt. Danielle Ellston as its deputy chief and deputy director of the NHLC Division of Enforcement and Licensing. In her new role, Ellston is responsible for overseeing and administering all law enforcement, licensing and programmatic activities within the Division of Enforcement. She has been with the commission since 2008 and is the first female to take on the role. Ellston succeeds Scott Dunn, who recently retired following a 15-year tenure in the role.

The Manchester-based parent company of a Madison, Wis.-based investment group that claims to solicit money for UW-Madison alumni-connected ventures even though it isn’t affiliated with the university settled with the Securities and Exchange Commission for allegedly misleading investors, among other charges.

Alumni Ventures Group, which has affiliate firms all over the U.S. including Madison, has agreed to repay $4.7 million to affected funds, as well as a $700,000 penalty per the charges. The Group’s CEO, Mike Collins, is also to pay a $100,000 penalty, according to the SEC’s March 4 order.

The regulator found that the company’s website and “other marketing communications” told investors that they would be charged “industry standard” management fees, typically a rate of 2 percent annually over 10 years with 20 percent carried interest. The SEC said that, instead, Alumni Ventures charged 20 percent up front.

The SEC also found that the company allegedly comingled funds without informing investors.

Claremont funeral director charged with running facility without a license

James Roy, the longtime owner of a Claremont funeral home, has been charged with operating without a permit and other violations, the New Hampshire Attorney General’s Office announced late Thursday.

Roy was charged with one count of operating an unlicensed funeral home, two counts of making funeral arrangements without a license, one count of failure to transmit a death record, four counts of transporting a dead body without a burial permit, and three counts of unsworn falsification, the Attorney General’s Office said in a news release.

All the charges are class A misdemeanors, each punishable by up to 12 months in the House of Corrections and a $2,000 fine. Roy is scheduled to be arraigned in district court in Claremont on May 16.

The complaint alleges that Roy continued to operate his funeral business after the funeral home’s license and his funeral director license expired in 2021 and that he continued to accept new clients, failed to file a death certificate and generated counterfeit burial permits, according to the news release.