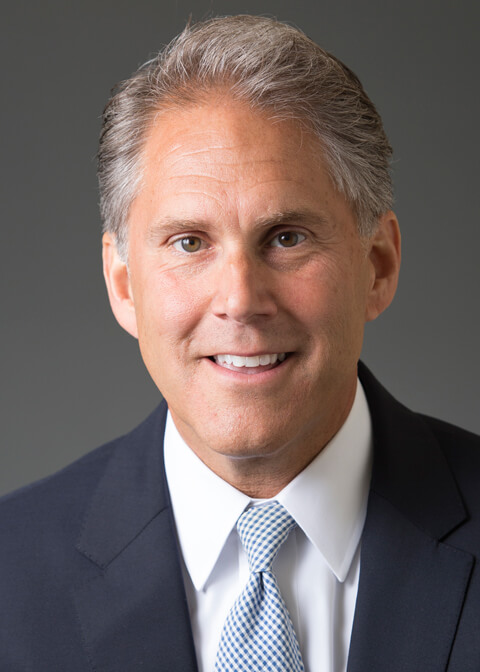 Hinckley Allen has welcomed John P. Kacavas to the firm, where he will help further their strategic expansion into the Southern New Hampshire market. John previously served as chief legal officer and general counsel at Dartmouth Health and as United States Attorney for the District of New Hampshire.

As the United States Attorney for the District of New Hampshire, John was nominated by President Barack Obama and unanimously approved by the United States Senate in 2009. He was responsible for all federal criminal prosecutions, civil and regulatory litigation, and federal law enforcement initiatives in the State of New Hampshire. In addition to serving on several national policymaking committees during his tenure, he was appointed by U.S. Attorney General Eric Holder to serve as a commissioner on the National Commission on Forensic Science.

John began his legal career at a private law firm in his hometown of Manchester,  following his admission to the New Hampshire Bar in 1990. He began his career in public service in 1993 when he became a prosecutor with the New Hampshire Attorney General’s Office. From 1993 to 1999, he served as an assistant attorney general, senior assistant attorney general, and chief of the Homicide Unit. John then joined the U.S. Department of Justice as a trial attorney in the Criminal Division in Washington, D.C., from 1999 to 2000. He spent the next nine years in private practice as founder of the firm Kacavas Ramsdell & Howard in Manchester.

Portsmouth Gas Light Co., accused of overserving alcohol to a man who was later involved in a fatal rollover on Thanksgiving, had its liquor license reinstated by a judge pending a future hearing.

State police say based upon preliminary investigation at the scene “excessive speed and impairment” were identified as potential factors in the crash. No charges have been filed as the investigation continues, according to state police.

The New Hampshire Liquor Commission suspended the restaurant’s license on Dec. 10 until a hearing scheduled for Dec. 23, citing the “failure to monitor the quantity of alcohol served to patrons” and “serving an individual who is showing signs of intoxication.”

The restaurant sought injunctive relief on Dec. 12 in Rockingham Superior Court with Judge Andrew Schulman granting a temporary restraining order the next day.

Jonathan Flagg, an attorney representing the restaurant, argued in the civil complaint that the state is only able to suspend a license for 24 hours without a hearing.

In a phone interview Wednesday, Flagg said the Portsmouth Gas Light Co. is a family-owned business, which took all the proper precautions when serving alcohol that night.

E.J. Powers, a spokesman for the commission, said no date has been set for the hearing.

Dan O’Brien Kia agreed to a $1.25 million settlement with the Attorney General’s Office to resolve allegations of unfair and deceptive acts or practices in selling cars at its Concord dealership.

An investigation by the Consumer Protection and Antitrust Bureau found DMO Auto Acquisitions LLC (Dan O’Brien Kia) employees deceived customers into buying vehicles they could not afford, inflated consumer incomes on loan applications and forged the signature of a customer on loan paperwork, according to a news release.

The settlement was approved in Merrimack Superior Court Monday morning. The company will need to adhere to strict terms over the next five years to assure customers are protected from similar practices in the future, according to the Attorney General’s Office.

Besides the $1.25 million, DMO Auto must reimburse the Attorney General’s Office $49,209.50 in legal costs, hire an independent compliance monitor for the next five years, audio and video record “all substantive financing discussions that occur between DMO employees and customers” and pay restitution to two victims of the deceptive sales practices.

The New Hampshire State Troopers interviewed as part of the investigation into alleged illegal actions taken by Department of Safety Commissioner Robert Quinn refused to talk, and have since been promoted, according to attorney Andrea Amodeo-Vickery.

The New Hampshire Attorney General’s Office started an investigation into Quinn after he allegedly pressured a Department of Safety employee to run a background check on a friend in order to help the friend get a permit to carry a firearm.

The Attorney General’s Office referred the matter back to the State Police with a recommendation of an internal investigation into the troopers, Amodeo-Vickery said.

Quinn remains head of the Department of Safety. He’s currently paid $141,858 a year in salary while also collecting a little more than $90,000 a year in pension benefits.