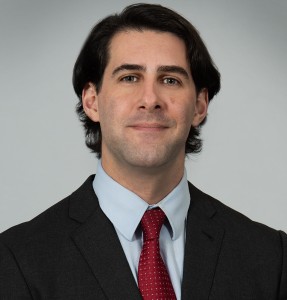 McLane Middleton has announced that attorney Joseph W. Morales has joined the firm as of counsel in the Corporate Department. Prior to joining McLane, he was a partner at Withers LLP and Withers Bergman LLP, which operate globally as Withers Worldwide. He is admitted to practice in New York and Connecticut.

Glover, who works with purchasers of outsourced services, information systems and technology, also teaches a course on multiparty negotiating at Georgetown Law and was a faculty member of the Harvard Negotiation Institute for five years.

Smokers Haven, a chain of 10 smoke shots in New Hampshire, has agreed to pay $50,000 in punitive damages and back pay to a worker who was fired after asking to be paid overtime, the New Hampshire. Department of Labor said.

Before meeting with his employer in September, the worker had contacted the department’s Wage and Hour Division to discuss his overtime pay concerns, the department said in a news release. The worker then complained to the business owner about not being paid properly for overtime hours worked, and was fired.

The department filed a complaint with the U.S. District Court in New Hampshire alleging that Smokers Haven and its owner violated anti-retaliation, overtime and recordkeeping requirements of the Fair Labor Standards Act.

In addition to the $50,000, the worker was paid more than $2,000 in back pay for his period between jobs after he was discharged and more than $1,000 in overtime wages. Smokers Haven also paid four other workers overtime back wages, the department said.

2022 starts with another new record low for bankruptcies

This year began where the last year left off: a new modern record for fewest bankruptcy filings in a month.

Only 41 New Hampshire individuals filed for protection in January, beating the previous record by four, and that was set in December.

January filings were 24 percent lower than in January 2021, 33 percent below last year’s average monthly total, and a third of what they were in in January 2020, before the pandemic disrupted the economy.

Unlike December, January’s filings did include two businesses. Both filed for bankruptcy reorganization. They were: