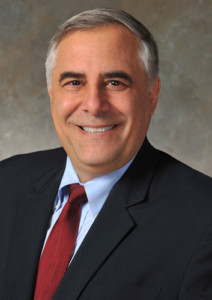 I have never understood how other elected leaders could let their politics get in the way of improving the lives of our veterans. Before attending law school and returning to New Hampshire, I served overseas as both an Army Ranger and a Green Beret. I graduated from West Point in 1978. During my service, I deployed to Central America, Scandinavia, Europe, and the Middle East. There is no reason those who put their lives on the line for our country should not have high quality support and care when they return home.

Yet we have seen extreme partisans on both sides of the aisle squabble over veteran’s affairs for decades. Fortunately, we have Sen. Jeanne Shaheen representing New Hampshire, and she has never had patience for that type of toxic partisanship.

My observation is that throughout her time in public service, Senator Shaheen has done what’s right, no matter the political cost. It brings me pride that our senator has an ethos that has guided her work on behalf of the men and women who have served in our military.

As governor, Shaheen put our veterans first, expanding the State Veterans Home in Tilton. She championed and then signed into law legislation that prioritized veterans for state and federal job training programs. This occurred in 1997 and, at the time, she made New Hampshire one of the first states in America to make veterans a priority in the workforce. This ensured that they would have the skills and opportunities necessary to succeed here in the Granite State.

She has continued that fight as a U.S. senator, authoring bipartisan legislation that is now law that significantly boosts small business loans for veterans. That is especially significant in a small business state like New Hampshire.

I first met then-Governor Shaheen in 1996, when I was serving on the state Board of Education. I had been appointed by Gov. Steve Merrill, a fellow Republican, but most of my service in that capacity was under Governor Shaheen. From the first moment we met, she was always focused on making a difference, and she made it clear that she would much prefer to work with me than be at odds with me because of our respective politics. We developed an excellent working relationship focused on improving the quality of education in New Hampshire.

Party affiliation never seemed to matter with her, and as we worked together I saw her consistently work to earn the buy-in of education stakeholders across the state, and across ideological lines. I knew that she had been a public school teacher, but working with her on education issues made that even more obvious. She demonstrated concern for students and their teachers, and how to make things work best for families in every community. She seemed to draw on her experience in the classroom throughout her time in Concord, and I think that’s part of the reason she was able to make such a difference for our state

True to form, Senator Shaheen has taken on the leadership of both parties to ensure that our veterans get the benefits and care that they earned.

When Democrats and President Obama reformed the VA, Senator Shaheen made sure that New Hampshire veterans were included, securing a special provision that allows veterans to access quality care outside the VA and closer to home. That action has helped thousands of men and women in the Granite State.

When the Obama administration attempted to cut funding from the Veterans Choice program, which allowed veterans to seek care outside the VA, Senator Shaheen led efforts with then-Sen. Kelly Ayotte to block it. I was proud to endorse and campaign for Senator Ayotte because of her advocacy, and I am proud to do the same for Senator Shaheen for being a voice for New Hampshire veterans.

Sen. Jeanne Shaheen is a model public servant, even for me as a lifelong Republican. She has never let the letter next to her name dictate her political positions, and has always been laser-focused on making a difference for the people of New Hampshire. We know we can depend on Senator Shaheen for support.

In her role as a member of the Armed Services Committee, and the only woman on the Senate Foreign Relations Committee, she consistently works with Republicans to hold our enemies accountable and strengthen our foreign alliances.

What I appreciate most, however, is her dedication to New Hampshire’s veterans.

Countless men and women across our state have access to higher quality and more accessible care because she has worked across the aisle to get things done. We need more leaders in New Hampshire, in Congress, and across the country like Senator Jeanne Shaheen. I am proud to endorse re-election.

Jim Steiner is the founder of the Steiner Law Office, Concord.