But amid hopeful forecasts come warnings of inequitable recovery 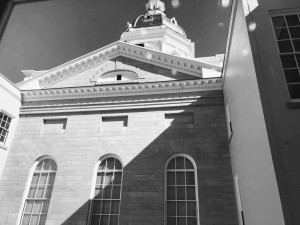 State budget writers heard optimism over future growth from experts, but also concerns low wage growth among the middle and lower classes and housing affordability may slow the expansion.

The members of the state House and Senate Ways and Means Committees heard two days of testimony as they begin determining how much money the state may spend in the next biennium.

The lawmakers heard how the state budget is faring in the current fiscal year; about economic trends, projections and concerns; local business health, and other local and federal impacts influencing state revenue over the next two fiscal years.

The presentations were the first step for the two revenue raising committees in developing the next biennium’s budget.

The biggest fiscal impact over the next two years, many of the presenters said, will be the pandemic and how quickly the state develops herd immunity from the vaccine to allow a return to a more normal economic environment.

“The star of the show is the vaccine,” said Patricia Tilley, deputy director of the Division of Public Health Services. “Having a vaccine will help end the damage to the economy and end the pandemic.”

While ending the pandemic is the biggest challenge to state revenues, some warned pandemic-induced changes may remain long after it ends such as the diminishing value of commercial real estate and the flight from urban environments driving up housing expenses.

And Phil Sletten, senior policy analyst at the New Hampshire Fiscal Policy Institute, warned the pandemic’s uneven effect on wage earners and businesses may prolong the slow growth of the state’s economy.

But many of the presenters from legislative budget staff to agency heads and from economists to business interests said the state’s financial picture is more positive than many envisioned when the pandemic first shook New Hampshire’s foundations in March and turned the state budget and its economy on its head, as Legislative Budget Assistant Michael Kane said Tuesday.

Despite projections at the time of budget deficits as much as half a billion dollars, the likely shortfall at the end of the biennium June 30, is likely to be less than the state’s rainy-day fund which holds $155.5 million.

“You could cover the deficit with the rainy day fund, that is up to the Legislature to decide,” Kane said. “The question is what happens to revenue for the remainder of fiscal year.”

However, well more than half of the revenue from the largest source of state revenues — business taxes — is paid in the second half of the fiscal year, and 75% of the interest and dividends taxes are paid in the last three months.

Department of Revenue Commissioner Lindsey Stepp warned committee members not to use the first-half surplus to project what will happen for the next six months.

She, like Sletten, warned the pandemic has had very different impacts on businesses. Many large corporations — who pay the majority of the business profits tax — have profited during the pandemic, while local restaurants, hotels and other tourism and leisure industry businesses have experienced significant negative impact from the recession.

Sletten noted 76 businesses paid nearly half of the business profit taxes, and large multi-state and multi-national companies pay 60 percent of the tax.

The business enterprise tax has a more distributed range, he noted.

The state’s second-largest revenue source, the rooms and meals tax has been well below estimates both last fiscal year and this year to date. Financial experts do not expect those revenues to rebound until the pandemic ends and people are confident of their safety when they go out to eat or travel.

Jeffrey Schulze of ClearBridge Investments told budget writers he believes state business taxes could increase in the 6 to 8 percent range over the next two fiscal years.

He said the economy is poised for significant growth due to “pent-up savings” of $1.4 trillion to possibly $2 trillion because people have not been able to spend much money during the pandemic.

He expects binge spending due to delayed gratification. Business inventory is at its lowest level in some time, Schulze said, so that will also help grow the economy.

Businesses are also holding cash and are ready to spend it as soon as the nation reaches herd immunity which he predicted would be late in the third quarter of this year at the latest.

The Federal Reserve Board is not making the same mistake it did in the past, raising interest rates too soon, and that will help growth, he said, as will the change in fiscal policy that provided stimulus checks to individuals to help stem the economic downturn.

He said corporate earnings are much higher than expected and stronger than coming out of the last recession.

There may be some economic retrenchment due to more Covid-19 cases, but he said the indicators do not suggest a double dip recession.

There were headwinds coming out of the last recession as many baby boomers decided to retire and a smaller number of workers were entering their prime earning years, said Schulze.

“We have a tailwind coming out of this recession,” he said, as a larger number of workers are entering their prime earning years, fewer baby boomers are retiring, there are “not the economic overhangs and the policy prescription is right.”

But others said there are issues that need to be addressed if the state is to make a quick and lasting recovery.

But Stepp warned lawmakers that may change if the inventory of houses decreases to the point where few homes are on the market.

The housing market is a problem, Ben Frost, managing director of the New Hampshire Housing Finance Authority, told the lawmakers.

He said the state has a chronic 20,000 housing-unit deficit statewide needed to meet current needs.

Frost, like others, noted the price of housing is increasing for both homes and rentals and the inventory is shrinking which increases costs.

“If you have no housing, you have no workers,” Frost said. “That is a fundamental problem.”

“The key question going forward is will workers be able to rejoin the workforce sufficiently to find a job in their field or adapt to another job as the pandemic goes away?” Sletten said. “If they can’t, is there sufficient training or educational opportunities to engage in the post pandemic economy?”

The House Ways and Means Committee will begin meeting with agency officials in the next few weeks to begin gauging what revenues may be for the next two fiscal years.

But they were told repeatedly, so much depends on how quickly the state reaches herd immunity and the pandemic begins to fade.