Newfound homebodies are investing in their yards 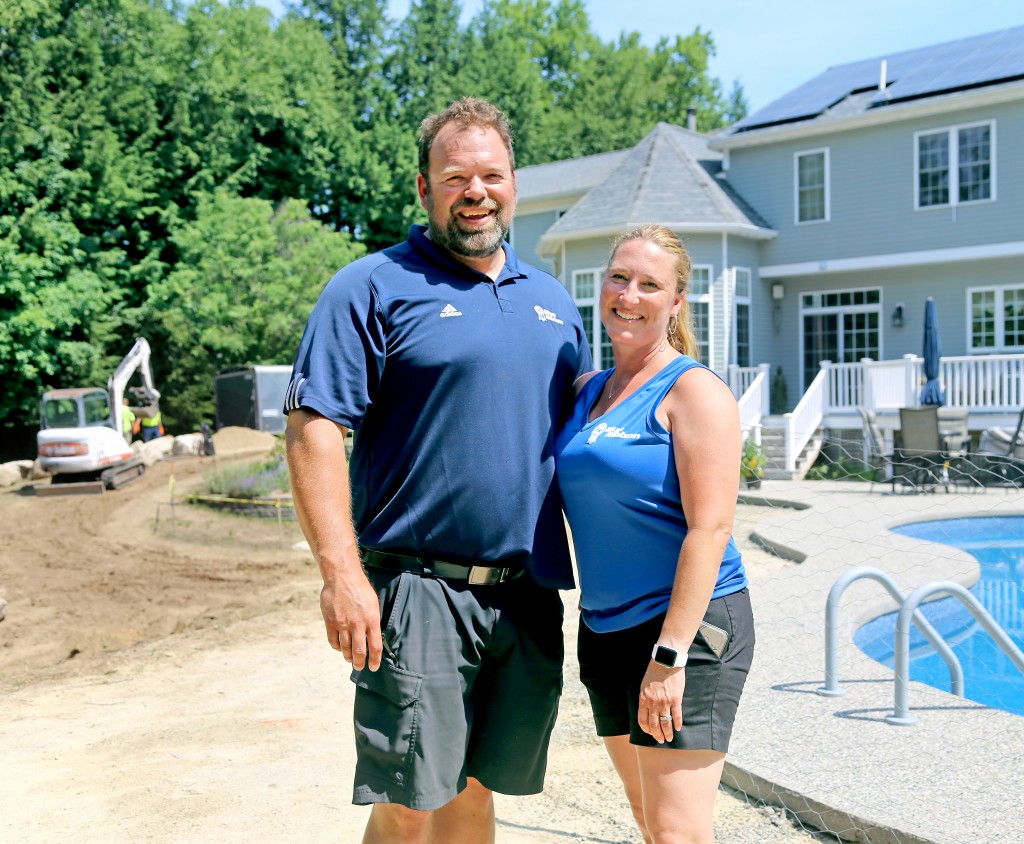 Whether it’s simply because the season is in full swing or a coronavirus-related boost in yard care, “it’s been busy as ever,” says Jeff Edmond, senior manager at Millican Nurseries, a Chichester-based plant nursery supplier for landscapers across New England.

“I can’t say we’re making more sales than we would in a typical year,” says Edmond, but this year the pandemic has “definitely been a factor,” swaying newfound homebodies that have income to invest in their yards.

In the first couple of weeks of the stay-at-home order, the phone was quiet and Beth Starvu, owner of Stone Blossom Landscape in Bedford, was becoming nervous. But business picked up as the nice weather approached.

“[People] are spending more time at home, so it’s a lot of smaller projects,” says Starvu, whose clients can range from spending approximately $20,000 for a patio and some plantings to $300,000 for larger projects that require planning a year out.

“We’ve been turning down some stuff just because we can’t keep up and they want to install it now. It’s one of the first questions I ask: Do you have a timeline?”

Granite Staters are investing in patios and outdoor kitchens, stone walls, plantings, pool placement and even paving their driveways.

But it’s not just a matter of paying to beautify their yard, says Starvu.

“People are more deeply interested in enjoying their landscape and being a part of it,” she says. “They basically want to enjoy themselves at home — people want to grow fruit trees and vegetable gardens,” which she says parents view as great learning opportunities for homeschooled children.

“I’ve actually seen some customers are interested in doing their own [yard] work as well,” says Kerry Sweeney, landscape architect at Blue Ribbon Fence and Landscaping in Hooksett.

Blue Ribbon has been active installing fencing “because they [customers] are looking to screen off either their neighbors or an unsightly view because they’re spending more time at home.”

Sweeney and Starvu have also seen increased demand for outdoor lounge, dining and grilling areas. The spaces can vary from countertops and a space for a grill to a complete outdoor kitchen with appliances and a range. 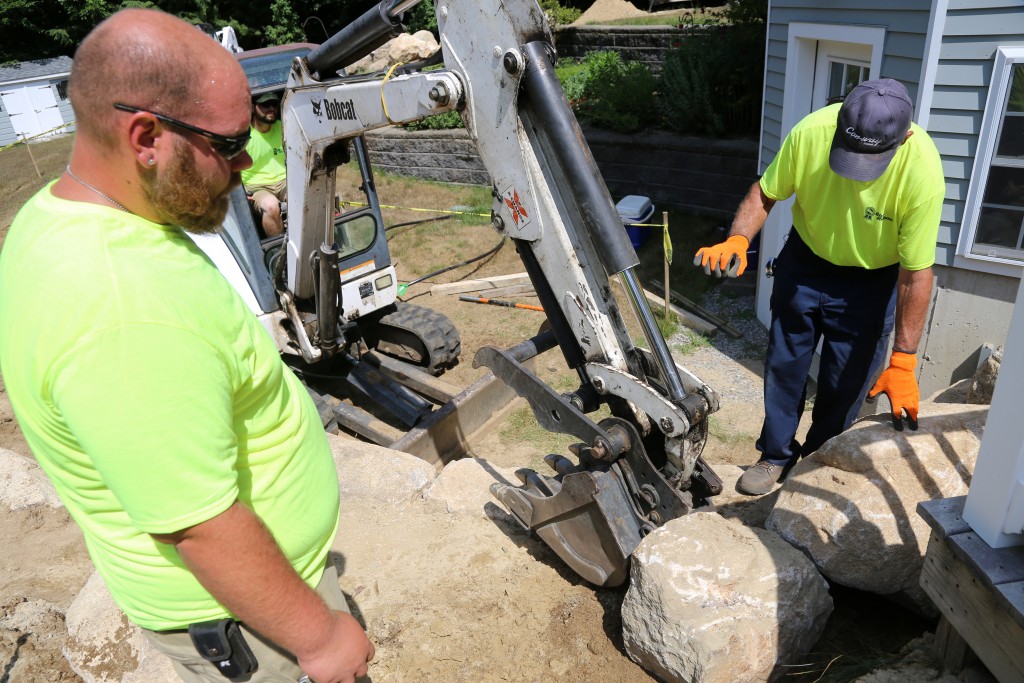 “We just finished a project and we set up their table and chairs for the dining area with the chairs spaced out more than six feet apart because they were going to have a couple over,” says Sweeney. “It’s a good thing we made the patio big enough to accommodate that. That’s not something I normally design into my patios is corona spacing, but it was something to laugh about in light of our current situation.”

“The major problem,” says Sweeney of Blue Ribbon, “is, right now, we’ve kept all of our current employees, so there’s plenty of opportunity out there, but it’s just been tough to meet those opportunities because we haven’t been able to find additional employees.”

Typically, Blue Ribbon doubles its staff in the summer with local workers. But this season, she says, the college students she usually hires haven’t come around.

“I really find because people are able to claim unemployment no matter their situation, they’re getting paid more sitting at home, so we’ve put ads out and we just haven’t really gotten much feedback at all. We’re really working with our early spring employee count,” says Sweeney.

But at the same time, having more employees would require landscapers to institute further social distancing requirements.

“We’re lucky we work outside, so we’ve been able to really meet with our customers, be outside and stay six feet apart and not feel we’re at risk,” says Sweeney. “However, when you have more people come into the shop, and with restrictions to take temperatures in the morning and keep six feet away and wear masks, we’ve really staggered our start time and it’s going to be tough to take on more people.”

Likewise, picking up plants is a longer process since only a limited number of customers and landscapers are allowed into nurseries. Typically a landscaper would tag a plant they plan to pick up later down the line. Now Edmond spends a lot of time sending pictures on his phone.

But it’s unclear what long-term impact the coronavirus will have on New Hampshire’s nurseries.

This time of year, for instance, Millican is typically ordering plants for the 2021 season.

He says the firm plans its purchases for the next season based on projections and past sales, “so we’re taking a giant guess every year as to what we can sell.”