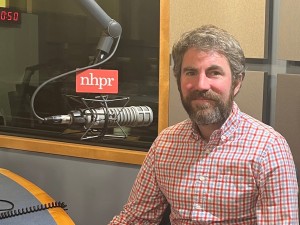 The day before its CEO’s name appeared on the ballot as the Libertarian candidate for U.S. Senate, Manchester-based blockchain-based publishing company LBRY lost the case filed against it by the U.S. Securities and Exchange Commission.

On Monday, New Hampshire U.S. District Court Judge Paul Barbadoro granted the SEC’s motion for summary judgment, ruling that the company’s “LBRY Credits” tokens were unregistered securities in violation of federal law. LBRY offered the credits as an investment in its distribution network.

Barbadoro also rejected LBRY’s claim that it lacked notice that the law applied to it. The company had said its case was the first where the SEC alleged registration violations against an issuer of digital tokens that did not conduct an initial coin offering.

While there have been previous court rulings that that other digital tokens were securities, LBRY argued that its credits were functional as currency on its platform early on, allowing content creators to earn cash and accept tips.

“Nothing in the case law suggests that a token with both consumptive and speculative uses cannot be sold as an investment contract,” Barbadoro wrote.

Reuters reported that an SEC spokesperson didn’t immediately have a comment, but in September, SEC Chair Gary Gensler that out of “the nearly 10,000 tokens in the crypto market … the vast majority are securities.”

But CEO Jeremy Kaufman wrote on Twitter that the case “establishes a precedent that threatens the entire US cryptocurrency industry” because it would set setting a standard that would deem “almost every cryptocurrency” a security.

While the company didn’t say whether it would appeal the decision, it did post a separate tweet that “we’re going to lick our wounds for a little bit but we’re not giving up. We’ve got a bright team, tens of millions of pieces of content, hundreds of thousands of creators, and one of the most popular web3 apps in the world. The best is yet to come.”

In his Senate race, Kaufman garnered about 2 percent of the vote in an election won by incumbent U.S. Sen. Maggie Hassan.