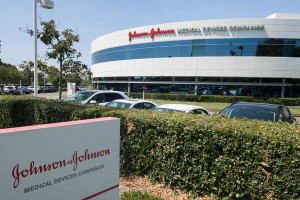 Just about a week before its case was sent to go to trial, pharmaceutical giant Johnson & Johnson has agreed to pay the state $40.5 million in settlement of another opioid lawsuit.

The deal settles a complaint filed in 2018 by then-Attorney General Gordon MacDonald, who alleged the company – through its Janssen Pharmaceuticals and Ortho-McNeil-Janssen Pharmaceuticals subsidiaries – aggressively marketed opioids to prescribers and patients in New Hampshire and misrepresented that their drugs were safer than other alternatives and “promoted the false concept of pseudoaddiction,” in an attempt to falsely claim that their opioids were rarely addictive when used for chronic pain.

The state also alleged that J&J’s marketing targeted particularly vulnerable populations in New Hampshire, such as the elderly, even though opioid use among the elderly carries a heightened risk of overdose, injury and death.

New Hampshire has been devastated by the opioid crisis, and we continue to deal with the impacts of that crisis today,” said Formella in a press release. “Today’s settlement continues our efforts to hold opioid companies accountable for their role in creating this epidemic, and this settlement represents another successful push to get more resources for New Hampshire to align with the disproportionate impact that this crisis has had on our state.“

The case was led by Deputy Attorney General James Boffetti.

Under terms of the settlement, J&J will make a single payment of $39.605 million to the state and pay approximately $900,000 in attorneys’ fees to counsel for the counties, cities and towns that filed opioid lawsuits against J&J prior to Sept. 1, 2019.

The state will receive $31.5 million, after payment of litigation costs and fees to its outside counsel, and that money will be used for opioid abatement programs. The counties, cities and towns will share $4,725,000.

The state has filed several complaints related to the ongoing opioid crisis. Most recently, New Hampshire was one of 34 states reaching reached a $450 million settlement with Endo, an Ireland-based drugmaker, over its marketing and promotion efforts related to opioids. New Hampshire previously filed complaints against opioid manufacturers Purdue Pharma and Mallinckrodt as well as national opioid distributors McKesson Corp,, Cardinal Health and Amerisource Bergen.

And In July, the AG’s office filed a complaint against the nation’s three largest pharmacy chains, CVS, Walgreens and Rite Aid, over their opioid related distribution and dispensing practices.