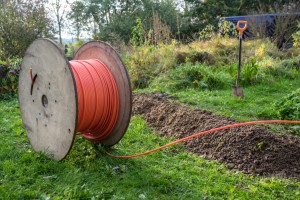 Yet another step may soon be taken in New Hampshire’s effort to bring broadband to the rural areas around the state.

The Monadnock Region town of Jaffrey has selected Consolidated Communications to establish town-wide broadband internet service to every address in town, pending voter approval of a ten-year $1.2 million bond for the project.

Construction of the so-called fiber-to-the-premises network is expected to be completed within two years.

Consolidated has agreed to underwrite the bond for the infrastructure and will use a set user fee – about $11 a month – to pay back the bond.

The company also recently partnered the towns of Danbury, Springfield, Mason and Errol to expand and enhance broadband in those communities.e