‘It’s definitely not getting better’ 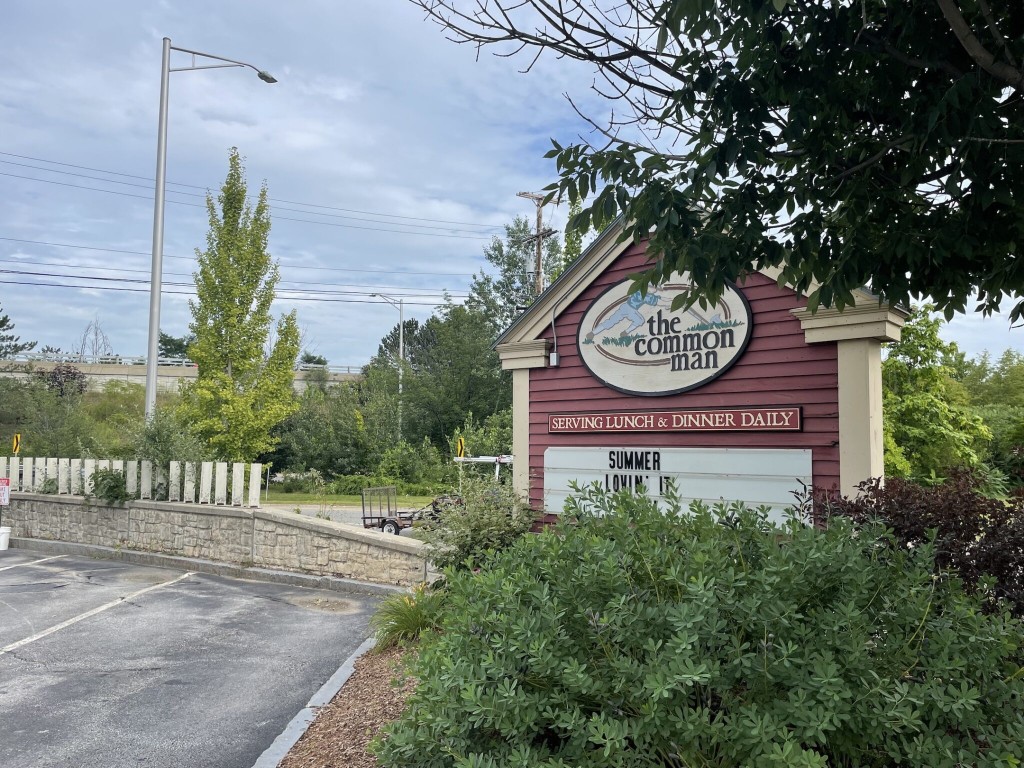 Sean Brown, chief operations officer at the Common Man Family of restaurants and other hospitality facilities said some of its locations are operating with about 90 percent of their staff. (Dana Wormald/New Hampshire Bulletin)

In the current housing crisis, none of New England Family Housing’s 600 rental units across the state should be vacant. But some are and for longer than CEO Kevin Lacasse would like because he can’t find maintenance workers or even subcontractors for quick plumbing and electrical jobs.

“With the stimulus money that people are getting, they are making ends meet without having to work,” said Lacasse, who’s looking for five maintenance workers and 20 to 30 subcontractors. “The situation is no different from Berlin to Claremont to Franklin and Rochester.”

Hiring has been a challenge in New Hampshire for months, and generous pandemic stimulus checks and unemployment benefits aren’t the only culprits.

“It’s definitely not getting better, and it’s hard to say if it’s the same or getting worse,” said David Juvet, senior vice president for public policy at the Business and Industry Association. “Our economy has bounced back from and grown much faster than we have the people available to fill open positions.”

Gov. Chris Sununu and the state Department of Employment Security, which announced a 2.9 percent July unemployment rate Tuesday, have tried a number of things to get jobs filled. Sununu ended federal unemployment three months early and announced a $10 million stipend program that awards $500 and $1,000 bonuses to employees who come off unemployment and hold a part-time or full-time job that pays less than $25 an hour for eight consecutive weeks. As of late July, 4,800 people had applied.

In May, the department reinstated an unemployment work-search requirement. And, it has held 10 job fairs since May 6, when an event aimed at veterans drew just 52 workers for 4,559 jobs. The most recent job fair in mid-June attracted 702 job seekers for 890 openings.

The labor situation is headed in the right direction, too. Weekly unemployment claims are at 5,602, a 14 percent drop from the prior week. In the last year, the state has added over 19,000 leisure and hospitality jobs and over 7,000 education and health services positions. And like our 2.9 percent unemployment rate, another measure of the state’s unemployment called the “U-6” rate is among the lowest in the country at 7.7 percent. That rate includes a broad group: unemployed people who’ve been looking for work for the past four weeks; “discouraged” workers who are not seeking work because their skills and interests don’t align with open jobs; “marginally attached” workers who aren’t working or looking and don’t have an explanation why; and people working part-time because they cannot find a full-time job.

But while unemployment claims are down, the hiring challenge shows no signs of letting up in the short term.

Susannah Chance of the Leddy Group hiring agency said it is taking longer and requires more resources to recruit workers for all its sectors, which include administrative, customer service, accounting, finance, engineering, light industrial, and manufacturing. Employers are offering flexible work schedules to accommodate pets and kids; referral, sign-on, retention, and production bonuses; and higher base salaries. Job seekers have lots of options, she said, and it’s not uncommon for someone to be deciding among three or four jobs.

The company’s recruiters recommend employers offer not only bonuses and higher wages but also opportunities for growth and remote work. Job seekers are also looking for a positive work culture that values communication and appreciation, Chance said.

For some fields, like health care, manufacturing, and construction, the pandemic has exacerbated existing hiring woes.

Brian Collins, president of the New Hampshire Community Behavioral Health Association, said there are more than 200 job openings across the state’s 10 community mental health centers – most of them direct care positions. He expects that number will get close to 300 in the next year as the state’s new investments in mental health care, like mobile crisis units and expanded transitional housing sites, come online. There are also far more treatment options today than five years ago, with schools and long-term care settings hiring mental health staff and increases in substance misuse services.

“The new initiatives, they are all exciting,” said Collins, who is also executive director of Community Partners in Dover and Rochester. “We are substituting the headache of dealing with not being able to serve people with ‘How are we going to stand up all these new programs?’ But it is exciting.”

“There are probably 100 different things that people have tried and there’s no home runs,” he said. “We’re all trying to hit singles. The things we are doing are having small incremental success.”

The state’s Student Loan Repayment Program, which is expected to receive $5 million in federal pandemic aid at Wednesday’s Executive Council meeting, is a huge recruiting tool for many health care employers, those in mental health included, Collins said. At one point, his staff had $800,000 in student loans, enough to be a barrier to entering the field.

Georgia Maheras, vice president of Bi-State Primary Care Association, which has actively pursued more funding for loan repayment, agreed. “Many clinicians are drawn to New Hampshire because of the (program),” she said. “It is one of the greatest resources our state government has to increase our workforce capacity.”

Employers have had to become creative with their recruiting efforts, especially those with tourism and hospitality positions. “Their issue is that the jobs they offer are lower paying,” Juvet said, adding that they have to go to great lengths to increase starting salaries and signing bonuses. “Things that they never needed in the past, and even that’s not working.”

An app for that?

Bob Manley, co-founder and CEO of Hermit Woods Winery and Deli in Meredith, where business is up 50 percent over its best years, just started using Fliptable, an app its creators liken to a dating service for restaurant employers and job seekers. Using the profiles each has created, the app matches people looking for, say, part-time work as a bartender in central New Hampshire with employers who have just that job.

Manley and his partners started offering a “living wage surcharge” several years ago to pay competitive wages, but even that is no longer enough, he said. For three months, he’s been trying to hire a chef/kitchen manager at $50,000 a year, mostly using Indeed and Facebook Jobs. Even promoting the job as 40 hours a week – not the 60 or more many chefs work – hasn’t helped.

Manley is too new to Fliptable to know if it will make a difference, but he’s found it easier to use than the other online sites. “Someone on social media said try it,” he said. “I’ll try anything at this point.”

In May, Sean Brown, chief operations officer at the Common Man Family, needed to fill 60 to 80 jobs across the company’s 15 restaurants and seasonal venues. Reached this week, Brown said hiring never got easy and some locations are operating with about 90 percent of their staff. As a result, some have had to limit the number of tables they open, but they have avoided reducing operating hours as some restaurants have had to do.

“We’ve had a pretty successful summer,” Brown said. “Our waits can be a little longer, and it can take a little longer to get your food. But I’d rather take care of the people in front of us really well.”

The state’s schools are in their last weeks of hiring and are struggling to find substitute teachers and paraprofessionals who work one-on-one with students.

Mark MacLean, superintendent of the Merrimack Valley School District, said finding long-term subs for teachers on parenting leave has been particularly hard. This week, his office sought permission from the state Department of Education to hire someone from the fitness industry without a teaching credential for a temporary physical education opening.

His office is posting openings on social media and education job sites and running ads, but has also reached out to parent groups within the district. “We’re working harder than we have in previous years for the same positions,” MacLean said.