How we can lead on race

All of us should look deeper within ourselves for unconscious bias 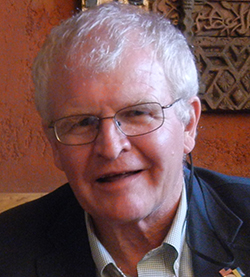 My last column, on leadership during a pandemic, reflected on my West Africa experience during Ebola and asked the question, “Will you be ready when a crisis strikes?”

With the recent deaths of George Floyd and others at the hands of law enforcement, our country faces another crisis requiring us to step up and make a difference. In my leadership workshops, I emphasize embracing personal change in order to grow. That principle clearly applies to this situation.

“Back to the Future” is one of my favorite films. It has a powerful underlying message – actions today do change the future. A recent meme has the character Doc telling Marty, “Whatever happens, don’t go to 2020.” While we might prefer to be living in a different year, crises create opportunities for positive change. I hope this one will.

Writing about race is fraught with risk. I expect to be criticized, but these are not times to be quiet. We all need to share our thoughts, listen to others, have meaningful conversations, and be the change we want to see.

I am no expert on this subject. I grew up in a white suburb and live today in a very white rural area of our state. Yes, I worked in Africa and had many Black colleagues, but that doesn’t mean as much as I might have thought.

A couple of years ago, I took the free online Harvard Implicit Association Test which concluded that my biases against people of color run pretty deep. I think of myself as a good and fair person, so this was a bit of surprise. But it reinforced that the racial divide is built on a long history, including subtle (and not so subtle) messaging and socialization. If we are going to change the future, it requires all of us, especially white people, to do some serious work to better understand unconscious bias.

I recently assumed a volunteer leadership role with Braver Angels, a national nonprofit that fosters conversations and understanding between people of opposing political viewpoints. Many Americans are engaging harshly across political lines these days, but breaking through the racial divide is an even tougher challenge.

Meaningful conversations about race are difficult and rare — a kind of third rail we often don’t want to touch. As a former New Hampshire state representative, I was honored to participate in the 1995 Toll Fellows program that brings national leaders together in Lexington, Ky. A big news event at the time was the O.J. Simpson murder trial, and I remember thinking something was very wrong in our country when polling showed that opinions of his innocence or guilt were so deeply divided across racial lines.

One day in Kentucky, our program was shortened so we could watch the trial verdict live. O.J. was acquitted, and, that same afternoon (it so happened), we had a panel presentation on diversity. No one even mentioned the Simpson trial or its broader implications. People, including myself, were afraid to touch it. I don’t think that has changed much in the last 25 years.

We have the same problem with much of today’s corporate diversity and inclusion training. These typically have a “check the box” feeling, scratching the surface, but rarely engaging people in meaningful conversations that change behavior, hearts or minds.

George Floyd’s death coincides with the Covid-19 pandemic, of course, and data is clear that African Americans have experienced higher rates of illness, death and unemployment than white people. The racial divide runs pretty deep.

It is important to recognize the personal feelings that so many African Americans have had watching the killing of Mr. Floyd. Too many have had harsh experiences of their own involving police. A friend told me a story that was very chilling. How many white people have literally feared for our lives during encounters with law enforcement?

If we want to build a better country, all of us, especially leaders, need to become better educated and look deeper within ourselves for unconscious bias. We need to get out of our comfort zones and courageously encourage meaningful conversations with people different from ourselves. If we act to end this pattern of injustice, we can create a better future.

We each have an extraordinary opportunity to make a difference in people’s lives, including our own. Don’t underestimate your impact!

Douglass P. Teschner, founder of Growing Leadership LLC, can be reached at dteschner@GrowingLeadershipLLC.com.

Elon Musk’s valuable lesson: How not to run an organization