How should police misconduct be investigated in New Hampshire?

Senate bill takes a stab at answering the question 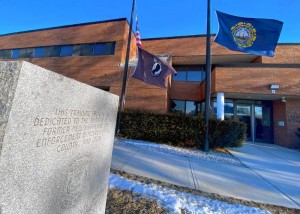 In 2018, an audit revealed that the Salem Police Department failed to properly investigate a number of complaints concerning their officers’ alleged misconduct.

The incidents quietly dismissed by the department included a high-speed chase between two Salem police officers and a hockey rink melee where officers stunned and arrested a youth hockey coach.

A bill heard Tuesday would establish a committee to review complaints and accusations of police misconduct to similar incidents in the future. The committee would fall under the Police Standards and Training Council and have the power to suspend or permanently revoke police certification if there is “clear and convincing evidence” of misconduct.

The bill is the product of the Law Enforcement Accountability, Community and Transparency Commission, a group convened by Gov. Chris Sununu to address police improvement and reform. One of the commission’s recommendations, which the governor endorsed, was to create a “single, neutral and independent statewide entity to receive complaints alleging misconduct”.

John Scippa, director of police standards and training council, spoke in support of the bill, noting that the legislation would help clearly define what constitutes misconduct and outline concrete guidelines for investigating and addressing allegations.

Conduct complaints are typically reported to local police departments, who perform an internal investigation without making the outcomes of the process public. Matthew Broadhead, the senior assistant attorney general, said the public often isn’t made privy to whether the complaints have been addressed or not.

“It really does address a much-needed gap in our current system,” he said.

Gilles Bissonnette, legal director for the American Civil Liberties Union of New Hampshire, noted that it departs in some significant ways from what the LEACT commission proposed.

The proposed 17-person review panel outlined in the bill includes 10 law enforcement officers and four public members, which is not consistent with the LEACT commission’s recommendation to make any review panel “slightly weighted toward law enforcement,” ACLU-NH wrote in their public testimony.

They also raised concerns that the review committee would be nestled into the police standards and training council, an agency largely comprised of law enforcement members. Bissonnette questioned whether that was consistent with the LEACT commission’s recommendation to create a neutral and independent group.

SB 456 also outlines a set of specific circumstances in which the committee could investigate misconduct, rather than allowing the panel to select cases at its own discretion. The panel must first conclude that the officer’s hiring department did not conduct a “valid” investigation.

“This is a potentially high threshold in determining when an investigation should be conducted,” Bissonnette wrote in the ACLU-NH testimony.

Still, the organization ultimately supported the legislation, as the committee represents a “significant improvement” from the current process, Bissonnette said.

Representatives from the Department of Safety and the NH Association of Chiefs of Police also spoke in support of the legislation. An almost identical bill made it through the House committee earlier this month, with broad support from police union members and community stakeholders.

The Legislature is considering several other police reform bills this session. Earlier this month, Sen. Bob Giuda, R-Warren, presented a bill that would create a study committee to consider the merits of a mental health review board.

The board would review video, audio, and paper documents surrounding fatal encounters and make policy recommendations to reduce the number of people with mental illness that are killed by police. As proposed, the board’s findings would be confidential and could not be used for civil action or prosecution against the officer. The bill was voted ought to pass by the Senate Judiciary Committee earlier this month.