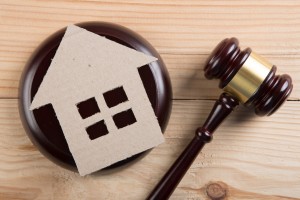 The NH House of Representatives doesn’t want to repeal the Housing Appeals Board, it just wants to limit it, essentially saying it’s overreaching its authority. But most people who testified in front of the Senate Election Law and Municipal Affairs Committee want to leave the less than 2-year-old board alone while it’s taking its first steps.

The Housing Appeals Board was created in 2020 to give a more timely alternative to the state court system for developers to contest municipal arbitrary and/or capricious decisions that they say limit the construction of affordable housing.

The problem, he said, is the difficulty developers face in getting projects built because of hurdles at the local level. The Housing Appeals Board can’t overrule these regulations, but it can overrule decisions that don’t pay attention to them or state law.

“It does not infringe on local control,” Frost said more than once.

He added that of the 18 decisions the board has handed down so far, only six were outright reversals, four upheld the municipality and eight remanded the decision back to the locality.

That’s why Griffin sponsored House Bill 1307. Unlike attempts to repeal the board that failed last year and this, HB 1307 would limit it to boards that consider developments directly, such as planning and zoning boards, and it narrowed language to just development, not fees, roads and other infrastructure related to development.

“The housing development should be what it is aimed at,” said Natch Greyes, government affairs counsel of the NH Municipal Association, the only group to testify in favor of the bill.

But the law was supposed to be broad enough to handle the appeal of a homeowner, for instance, who may want to renovate their house to provide a few apartment units or should be able to rule on selectboard policies that violate state law, said housing advocates.

Narrowing the scope of the board would “open up loopholes and re-establish gamesmanship,” said Elissa Margolin, director of Housing Action NH.