Have we learned any lessons from the 2007-08 financial crisis?

Experts have begun to view the financial markets freeze-up of 2007-2008 as the symptom of a national and international ethical crisis that threatens everyone. It manifested itself in huge banks and at least one insurance company acting like leveraged hedge funds. And it drove rampant real estate speculation.

It showed in the giving and taking of all those terrible loans; the middlemen kept their commissions and sold the risk. Some folks with bad intentions packaged these dubious deals as insured derivatives. Now they were investment securities with Triple A ratings. At some point, the insiders knew they were selling junk to suckers.

Saint Anselm College has just launched a long-anticipated business ethics program to come to grips with issues like these. The idea is funded, ironically, by a piece of the $5 million settlement that Tyco International paid to the state of New Hampshire after the company’s top managers looted the company of hundreds of millions of dollars. Dennis Kozlowski, the former CEO of Tyco, is one of the best known symbols of corporate corruption. He recently won parole after eight years in a New York prison. 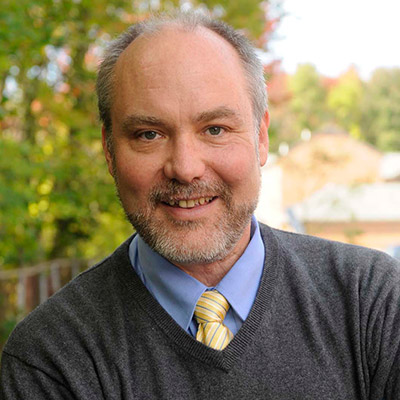 At a recent business ethics seminar at Saint Anselm, Dale Kuehne, a political science teacher, said free enterprise only functions well in a trusting, honest and moral community. He warned that many business leaders have forgotten what they owe their customers, their employees, the common good and the future.

“If that dissolves,” Kuehne said, “no rules and regulations can put it back together. Now we’re just individuals and we have to make it by ourselves. It’s a selfish world, with no past and no future.”

John Romps, a Saint Anselm economics professor, said businesses ought to run more the way Henry Ford built his auto empire. He nurtured the company he started, kept prices low, plowed profits back into the firm, and paid his people well so they could buy cars from him.

“Today, a big corporation is run for the short-term interest of CEOs, CFOs and shareholders,” Romps said. “The goal used to be maximizing profits for the long haul. If all you think about is the next 90 days, then you cut costs and keep prices up. Microeconomic theory from the time of Adam Smith has assumed people would look out for their long-term self interest. But now they don’t.”

At the seminar, Paul Mills of the International Monetary Fund was even more pessimistic. He said a handful of banks with individual assets in the $2 trillion range took outrageous gambles before the meltdown of 2008. The managers knew they would never face personal losses or prosecution, and the government would rescue them. They were right. None of them faced personal charges.

One size fits all?

Harold Janeway, a retired investment adviser and former Democratic state senator from Concord, said he thought at the time the world economy would have seized up if even one mega bank failed.

“When the banks lost confidence in each other, the government had to intervene so dramatically,” Janeway said. “The system is interconnected and global. It was about to stop functioning. We can’t be sure what would have happened next or how. But it would have spiraled. Desperate times require desperate measures.”

Much of the banking industry behaved in a responsible way, and may be getting punished now with over-regulation.

Mike Long, president of Plymouth Guaranty Savings Bank, runs the smallest bank in the state in an old-fashioned way. He said he resents the bad name a few large banks gave the industry.

But the federal cure, he said, has been worse than the disease for his sector of the industry. Easily a third of his borrowers could fail to meet the new, one-size-fits-all lending standards of the Dodd-Frank Act, which kick in soon.

“We might have to cut back by that much in our lending,” Long warned.

Glenn Perlow, the state’s banking commissioner, said the banks he regulates have stayed well capitalized and refrained from predatory lending.

“They do business where they live, and they are part of the fabric of the community,” Perlow said.

Mark Primeau, CEO of Bank of New Hampshire and chair of the New Hampshire Bankers Association, said community banks are compelled to serve the best interests of their neighborhoods. Some are mutual banks essentially owned by their depositors.

“Our constituency is our employees and the communities we serve,” Primeau said. “We have to think long term. We don’t have to worry about the stock price. There isn’t any stock.”

Mark Connolly is the former director of the state Bureau of Securities Regulation and an investment adviser with decades of experience in the industry. It was during his tenure that the bureau won the Tyco settlement and another $50 million from the likes of Merrill Lynch, UBS, Morgan Stanley and MFS Investment Management. Such players have a lot of friends in Washington.

Businesses spend $3 billion a year on lobbying, Connolly said, and 20 percent of that comes from the financial sector, not to mention the revolving door from regulator to industry to regulator again.

“About half the people who retire from Congress or lose re-election become lobbyists,” Connolly said. “That’s a scary statistic. It’s why nothing has changed since 2007. We’re going to have another financial meltdown in the next five years. They’re dealing in just as many exotic derivatives as before. The 12 biggest banks have gotten bigger. They have a combined $16 trillion in assets. That’s as large as the whole U.S. economy.”