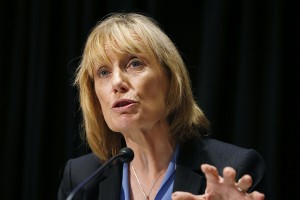 U.S. Sen. Maggie Hassan, D-NH, is hailing the Senate’s approval Tuesday of the U.S. Innovation and Competition Act, a sweeping piece of legislation that’s aimed at boosting U.S. competitiveness and leadership in the tech sector.

The bill, which passed by a 68-32 vote, is now headed to the House, where a competing measure is being made.

The Senate bill calls for investing $200 billion in such innovations as artificial intelligence, computer chips and robotics.

President Joe Biden praised passage of the bill making generational investments in American workers. “This legislation addresses key elements that were included in my American Jobs Plan, and I am encouraged by this bipartisan effort to advance those elements separately through this bill,” Biden said in a statement. “It is long past time that we invest in American workers and American innovation.”

The bill, which originally began as the Endless Frontier Act, establishes a new directorate for technology and innovation at the National Science Foundation to ensure $100 billion of funding is funneled to the development of AI, semiconductors, robotics and high-performance computing systems.

The legislation would also provide $81 billion to the National Science Foundation budget between the 2022 and 2026 fiscal years.

It also would establish tech hubs in places they have not traditionally existed.

An author of the legislation, Hassan in particular worked on the national security aspects of the measure, including advancing U.S. capabilities in quantum networking and establishing a more comprehensive approach to workforce development. She also worked to include provisions that help ensure that the Department of Homeland Security is identifying and addressing risks to critical infrastructure, such as nuclear reactors, electrical grids, banks and hospitals.

She said that “as our economy recovers from the pandemic and we face increasing aggression and manipulation from China, the time to invest in our workforce and competitiveness is now.”

She called passage of the measure by the Senate “monumental.”