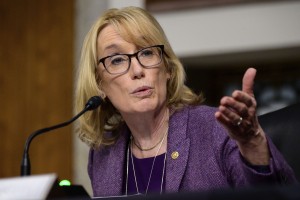 U.S. Sen. Maggie Hassan, D-N.H., is heading up an effort in Congress in urging the Biden administration to reform the homebuying process for veterans using the VA Home Loan Guaranty Program.

Hassan, a member of the Senate Veterans Affairs Committee, said she took the action after hearing concerns from New Hampshire veterans. She authored a letter that was later signed by a bipartisan group of senators and House members – including U.S. Sen. Jeanne Shaheen of New Hampshire – calling on Veterans Affairs Secretary Denis McDonough to “consider additional flexibilities” in streamlining the homebuying process for veterans under the VA Home Loan Guaranty program.

The letter points to the challenges veterans face when purchasing a home, adding that, “in this housing market, veterans and military families are struggling to compete with other buyers when using the VA Home Loan Guaranty program.”

According to the letter, Realtors often don’t consider a veteran’s application because of the complexity of the VA home loan process.

In addition, the program’s appraisal process often comes up with a home value that is below the asking price and that can force veterans to pay the difference in cash at the closing, according to the letter.

The senators called on the VA to work with Realtors to create a continuing education program aimed at real estate agents, lenders and veterans to help them become more knowledgeable with the fees and the appraisal process.

“Creating temporary flexibilities in these valuation policies will help place veterans and service members on a more equal playing field with other homebuyers in this market,” it says.