Hard choices in the Covid economy 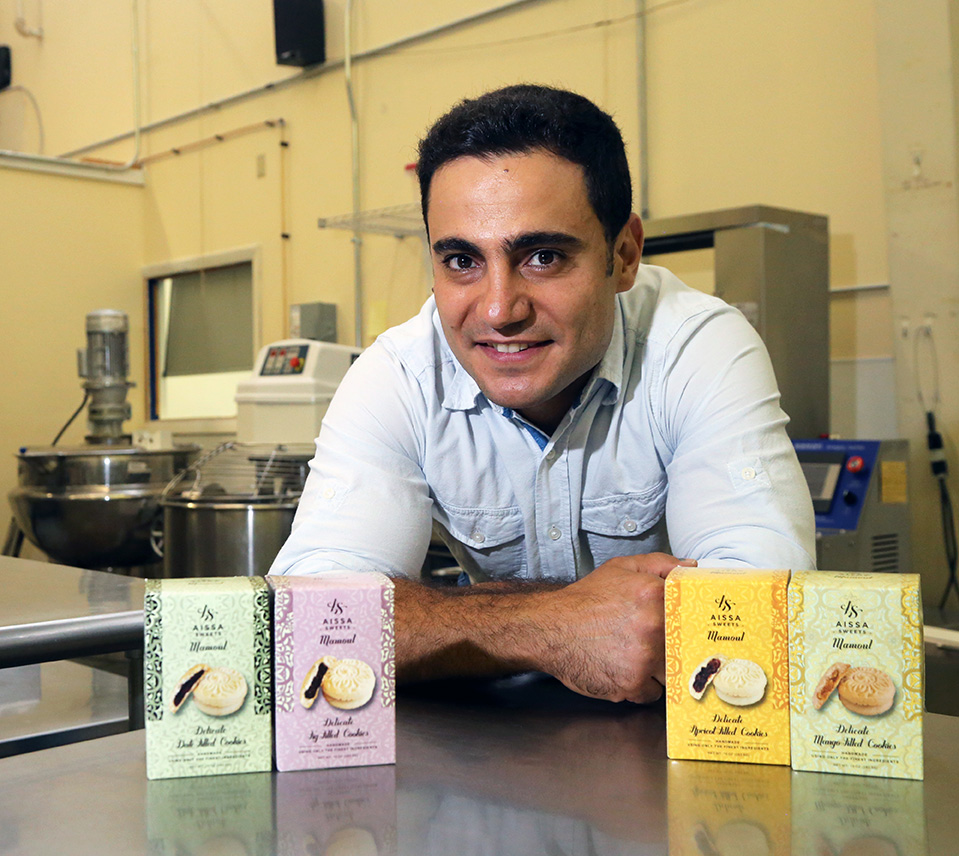 Ahmad Aissa, founder and owner of Aissa Sweets in Concord, secured a $35,000 grant from the state’s Main Street Relief Fund to develop a marketing plan and packaging when Covid-19 destroyed his business model.
(Photo by Allegra Boverman)

As the coronavirus pandemic continues to spread across the country into areas once untouched, national news stories highlight a grim economic fact: An unprecedented number of small businesses across the country have become casualties. The closures contributed to the nearly 33% drop in GDP, the biggest decline in American history.

As of mid-July, nearly 55% of the 132,500 pandemic-era closures seen on Yelp are now permanent, according to the review site’s statistics.

The Yelp report is but one compilation. The permanent closings often receive no more notice than a mention in a local newspaper, and it may take years to properly calculate the extent of the carnage. Yet, for every story about temporary or permanent closings, there are multitudes more small business owners struggling to adapt to a dramatically altered economic landscape than when 2020 began.

One of those is Ahmad Aissa, founder and owner of Aissa Sweets in Concord.

The former Syrian refugee has faced serious personal and business challenges before, but nothing prepared him for the rapid dissolution of the market for his unique brand of baklavas and date cookie pastries.

Aissa started Aissa Sweets at a shared space in Dover in 2012 before moving his growing company to Concord. He grew from a few local locations offering his pastries to selling wholesale to dozens of grocery and specialty stores throughout New England, across the country and into British Columbia in Canada.

Then, beginning in March, the orders stopped.

“When I first heard about the coronavirus and did some research, it was clear the pandemic was going to be an issue,” Aissa said. “It was really unfortunate. We used to have a constant flow of orders from this region, and then things suddenly stopped.” 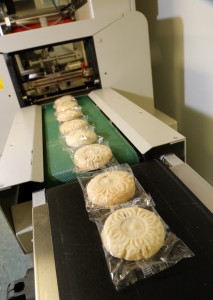 Photo by Allegra Boverman. Aissa Sweets’ cookies come off this belt when they are ready for packaging.

The orders stopped for a reason lightly regarded before the pandemic: Customer handling of food such as bakery items from open-air display booths vanished in grocery stores. “We had set up this distribution system as our business model in 2013,” Aissa said. It was now obsolete. Pandemic hygiene regulations led to the abrupt closure of such display booths, buffets and salad bars across the country.

To keep his business alive and to thrive in the future, he would need a total reboot and add packaging and marketing to his skill sets. Most of all, he needed to create a whole new file of supply chain contacts.

“We have had to relaunch everything. My thinking was that the old supply chain channel was dead and I had to take extreme measures,” Aissa said. “I tried to go in a different route with e-commerce but the very truth is that this will not compensate [for the massive drop in revenue].”

At best, Aissa estimates he will see revenues drop by two-thirds from almost $320,000 in 2019. The drop will likely be greater.

Remaking himself and his business is nothing new for Aissa. A clothing manufacturer who had clients throughout the Middle East, Aissa met his wife, Evelyn, a New Hampshire native, in Syria, and they departed before the worst of the Syrian civil war unfolded.

Speaking little English when he arrived, Aissa started a business, earned an associate degree in computer science at Southern New Hampshire University, and eventually became an American citizen. He founded Aissa Sweets, drawing on Middle Eastern recipes used by his mother in his youth.

Closing his business was not an option.

“I decided to be aggressive to get out of that failing bubble and move to another model. It’s important to stay aggressive and take the risk of capital to make that possible,” he said.

Aissa has a few clear advantages: He trusts Evelyn for advice and is accustomed to being a one-man band [New Hampshire’s very tight pre-pandemic labor market made it almost impossible to find help consistently].

“To cut costs, I wear many hats: I do all sales, product development, marketing, product design and machine maintenance,” he said.

Michael Lewis, a Concord lawyer and friend of Aissa, has offered pro bono assistance to help Aissa navigate the economic turmoil brought on by the pandemic. In particular, Lewis and fellow associate Craig McMahon, from the law firm Rath, Young and Pignatelli, helped Aissa with the paperwork to secure a $35,000 grant from the state’s Main Street Relief Fund.

“I know Ammi, and he’s incredibly worthy,” Lewis said. “He’s like many entrepreneurs who were forced to choose between closing down or changing the way they do business. They face serious obstacles. In Ammi’s case, it will require a significant amount of time to develop new business contacts. Are they going to get the support they need?”

Aissa has invested the Main Street Relief Fund money in a new marketing strategy, research and development to create product packaging designs and packaging manufactured from scratch. But he knows it will take more patience than he may have. He has entered an entirely new sector of an industry he was used to: packaged products. It’s far more competitive to get on store shelves than a ready-to-grab display booth. He also has to develop access to a new set of buyer contacts who, more often than not, know nothing about Aissa Sweets or the good reputation it has built up in the previous decade.

“In the grocery world, it can take eight months of going through the sales process,” Aissa said. “All the stores have a system. The problem as a [pastry] manufacturer is that it’s not about the consumers but the [store] buyers.”

Aissa continues to do his homework and is ready to go “full speed.”

For years, he said, he was accustomed to the monthly rhythms of customers’ orders and pastry-making. Now he’s doing everything he can to find a new set of rhythms to revive his business.