With more applicants and the same amount of money, allocation falls over 6% from last year 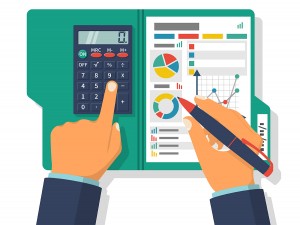 New Hampshire businesses will be receiving slightly more than 75% of the research and development tax credit that they applied for because while demand for the credit has increased, the amount allocated stayed the same.

And there is little chance of that allocation going up. Indeed, there is talk of it going down.

The credit against the business profits tax and the business enterprise tax for fiscal year 2020 (which ended on June 30) will be awarded to 230 New Hampshire companies. That’s seven more than the previous year, but the applicants asked for just over $9.2 million in fiscal 2020 compared to $8.5 million in fiscal 2019, according to the state Department of Revenue Administration. Since state law caps the amount that can be allocated for the credit at $7 million, that means they will each receive 76 percent of what they asked for, as opposed to 82.7% in fiscal 2019

The percentage of R&D credit awarded has fallen ever since lawmakers raised the cap from $2 million to $7 million for fiscal 2017, when applicants received 92.4%.

Despite the increase in demand, there was little talk in the Legislature about increasing the R&D tax cap allocation beyond the $7 million. Indeed, on Sept. 11, lawmakers on the House Ways and Means Committee, discussed House Bill 117, which would roll back the allocation to $2 million as a way to pay for increasing the exemption for the interest and dividends tax.

The bill is similar to HB 1554, which failed in 2018. Both drew the opposition of the Business and Industry Association of New Hampshire, who argued that the credit attracted and retained businesses and encouraged creation of high-paying jobs

The organization also pointed out that most states don’t have a cap, nor does the federal government which also offers am R&D tax credit.

HB 117 never made it out of the House last session. It was sent to interim study. On Sept. 11, the question was whether the committee would recommend it for next year, a non-binding recommendation to legislators who will be elected in November. The committee – faced with a projected huge budget deficit – was split on that question, so it did not make a recommendation.

Democrats, including Ways and Means Chair Rep. Susan Almy, D-Hanover, were worried that an increase in the I&D revenue exemption would cut into state revenues, since dividends are mostly based on stock market performance, and it is “the only thing that is happy at this point,” she said, so the fiscal hit might be even greater than originally anticipated.

Republicans agreed that the state’s financial situation is tenuous, but still wanted the bill to move forward next session. Several said they liked the idea of providing tax relief to retirees who live off their dividends by cutting the R&D credit.

“We would be pulling back on subsides for businesses that should be paying the tax,” said Timothy Lang, R-Sanbornton, the bill’s prime sponsor.

The state will still have an R&D credit, noted Rep. Jerry Stringham, D-Lincoln. “There is not much benefit having it at $7 million as opposed to $2 million. In general, I like the structure of this,” he said.