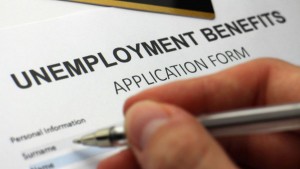 The Business and Industry Association of New Hampshire is urging Gov. Chris Sununu to again require that unemployed individuals search for work in order to receive benefits – something it hopes will ease an acute workforce shortage.

Before the pandemic, most people getting unemployment benefits were required to actively seek work. They completed a continuing claim form with the names, addresses phone numbers of the employers contacted, the method of contact, the type of work sought and the results of the search. The Department of Employment Security didn’t spell out how many employers had to be contacted, but the form leaves room for four a week.

Gov. Chis Sununu waived that requirement in his emergency order at the beginning of the pandemic, when DES closed its offices and tried to handle a deluge of applications along with new federal eligibility rules.

“As we move rapidly to fully reopen the New Hampshire economy,” wrote BIA president Jim Roche, “it is important to recognize the job search waiver is significantly harming businesses throughout the state. Many BIA members in full hiring mode are frustrated over the lack of response to their postings for open positions.”

Employment Security did not respond to questions from NH Business Review, and the governor’s office would only say, “We expect to have more to say on this topic in the coming days.” The governor usually holds a press conference on Thursday afternoons.

BIA Senior Vice President David Juvet told the House Education Committee Wednesday that he had been “surprised” at the shortage of workers in recent months because the state’s unemployment rate had at points reached historic highs.

He said he was testifying in favor of Senate Bill 44, which creates a workforce pathway program in the community college system – largely paid for by federal funds – to coordinate and develop training programs for those laid off or dislocated by the pandemic. The bill would augment an existing program expanding its breadth as well as providing more short-term training opportunities.

“I want to convey the critical urgency of workforce need,” Juvet said.  “I see only positives with this bill.”

Ann Marie Banfield, a “parents’ rights advocate,” spoke against the bill, denouncing competency-based education and arguing that the program would be a “vehicle for employers that will lose their focus on the student.”

But Susan Huard, interim chancellor of the Community College System of New Hampshire, noted the Pathways training program runs less than six months is mainly aimed at people who are already out of school.

The bill had the backing of Lynn Carpenter, program director of NH Needs Caregivers, which provides help to people pursuing careers in healthcare. She said it would provide a way to train licensed nursing assistance to fill vacancies in nursing homes.

It was after Rep. Erica Layon, R-Derry, asked whether enhanced unemployment benefits prevented some people from rejoining the workforce that Juvet mentioned the BIA letter on the job search waiver, agreeing that training wasn’t the only reason for the workforce shortage.