Dover bank, one of last 12 mutuals in NH, seeks to convert ownership structure by early next year 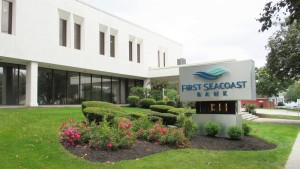 The holding company for First Seacoast Bank – headquartered in Dover with branches in Barrington, Durham, Portsmouth, and Rochester – is preparing to a shift from mutual ownership to becoming a stockholder-owned bank.

The process is expected to be completed within the first quarter of 2023. Until then, its president and CEO, James Brannen, and all other company officers are in a so-called “quiet period” of not talking about the shift to avoid any appearance of providing insider information to investors. It is a practice mandated by the Securities and Exchange Commission in any deal involving initial stock purchases.

Mutual banks are owned by their depositors rather than by shareholders, giving individual members a means to save and to invest those savings in mortgages, loans, stocks, bonds and other securities and to share in any profits or losses that result.

Many mutual banks over the years have converted to a stock form of ownership — either to raise money, to expand operations, to enhance employee benefit options, or for some combination of these or other reasons. A host of federal and state banking laws govern “mutual-to-stock” conversions of banks and savings associations, including the rights — and responsibilities — of depositors. Similarly, state insurance laws govern insurance company conversions.

First Seacoast Bank, one of 12 remaining mutual institutions in New Hampshire, was established in Dover in 1890, originally opening under the name of the Dover Co-Operative Savings Fund and Loan Association. The bank’s name was changed to Federal Savings Bank in 1983 to reflect a growing customer base in areas outside of Dover, and, according to the bank’s history, changed its name in 2019 to First Seacoast Bank to better reflect its longstanding commitment to positively impacting Seacoast communities.

Account holders as of the close of business on June 30, 2021 will have first priority non-transferable subscription rights to subscribe for shares of common stock of First Seacoast Bancorp Inc.

An independent appraiser will determine the value of the stock at its initial offering.

Keefe, Bruyette & Woods Inc. will act as marketing agent in the stock offering.